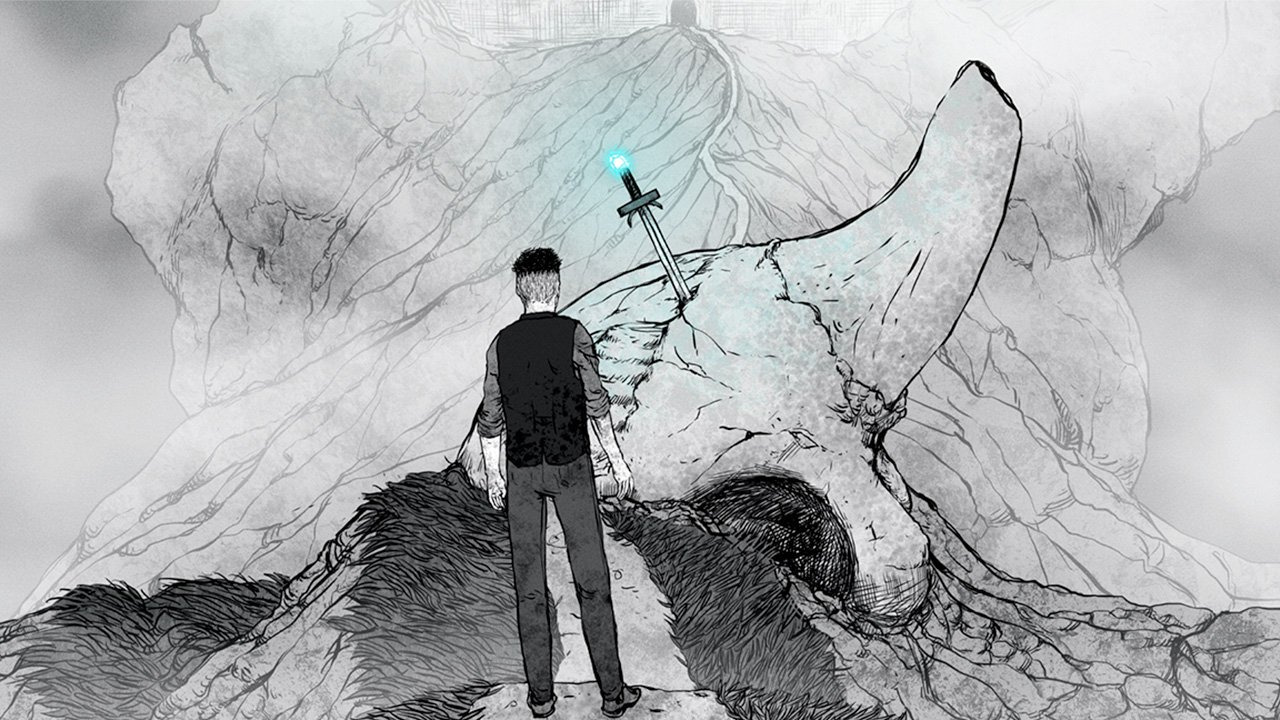 Despite a global pandemic, the French creative studio Hiver Prod has not been idle and has adapted to the circumstances to offer two interactive experiences distributed by Arte in less than a year: the interactive film ØRÐESA in the fall of 2020 with Cinétévé Expérience, and recently the mobile game UNMAZE with Upian. We take a look back at a very independent vision of new writing with the creator and co-founder of the studio Nicolas Pelloille-Oudart.

Hiver Prod, a studio stepping in the interactive storytelling

Nicolas Pelloille-Oudart - Originally I worked in film production. But I quickly wanted to get out of the box, to put myself in danger on new formats. I already had my eye on web-documentary productions such as Upian was producing in France, and by combining that with my passion for gaming, interactive made sense. So I created Hiver Prod in 2010 with Frédéric Jamain to produce hybrid content at the crossroad of these industries - between cinema and video games. I was obviously far from being the only one to have this idea! But unlike other production companies, I surrounded myself with developers, with skills that were not mine, to propose different stories. Among my first prototypes, it was ØRÐESA that caught the attention of Arte in 2016. Others never saw the light of day.

N. P.-O. - Every project is a marathon. You need time to unfold each time frame, from development to release. We have several projects in the works, and I'll spend this summer preparing each dossier to send them to publishers and broadcasters in the fall - not to mention the ongoing tests on various prototypes for the general public or for companies. Today it's clearly the video game that attracts me, because there is already a real audience. I want to offer my projects a real visibility, and get out of this "niche" of new writing. I want to keep the hybrid aspect of my productions, my creative freedom, while going on a ground where they will be welcomed by an audience. It's a balance to find!

Interactive author, a not so obvious status

N. P.-O. - New media implies a particular position of the author; it is necessary to write, to conceive the artistic but also the technical aspect. You have to master both to successfully complete a production. I am lucky enough to be a producer as well, which allows me to surround myself with other companies to ensure financing, but also with talents and technicians to work on the project from the beginning. This is probably why there is an issue at the start for most authors, especially for new talents who want to enter our industry.

N. P.-O. - We must remember the importance of artistic residencies! I have just participated again in the Storygraphes (Toulouse, France), and it is a vital element in the author's career. The more experienced ones often have the impression that they can do without it, the beginners don't know how to access it. And yet you learn a lot. To advance in the new media community, I accompanied other projects as a consultant, I made the performance on shootings, I directed clips... I had to demonstrate my know-how above all, because we remain in an industry where the absence of projects on a CV is a handicap. We rarely give a chance to a beginner. For example, I directed EMMA in 2018 (with Cinétévé Expérience), an interactive graphic novel, so that I could then present more ambitious projects after.

N. P.-O. - I always start with the story, and consider a different treatment through the use of new technologies. As soon as I have the basics, I call in a game designer and other technical staff to build the support and the gameplay. I surround myself with scriptwriters very quickly to work on the core of the story, and ask the right questions - while also seeking writing assistance. When it's "locked in", the Art Direction side is the last to be dealt with, when the concept has been established from A to Z. I work with my partner Frédéric Jamain on the AD, who manages all of our projects. We make a technical validation, with a market study, to advance on the real phase of production.

N. P.-O. - As with video games, I'm becoming more interested in market research to understand the users. That's a lesson I'm taking away from our last few releases, where it wasn't really done. To use a technology-related concept like in UNMAZE is to stay in a fairly limited research and development environment. We've been lucky enough to be supported by Arte (broadcaster, France) on most of our projects, but the new media industry is evolving. We also have to learn from the last productions released in order to consider the next ones with a real return on investment.

UNMAZE, in the heart of the labyrinth

N. P.-O. - The idea for UNMAZE came from a short story by Jorge Luis Borges, "The House of Asterion", which tells the story of the Minotaur - the whole story unfolds from his point of view, without mentioning the monster behind the narrator. In fact, he is very human in this story, lost in a labyrinth, and bored. I wanted to take this slightly different point of view, to deal with the nature of the Minotaur alone and lost in his labyrinth. In this story, it is the player who will create the monster, depending on the time spent with each of the two characters.

N. P.-O. - Once I came up with the concept, I thought about a coherent technology to create the game, and it was the light sensor on our mobile phones that caught my attention. It was a relevant feature to alternate the point of view of the characters, with Ariane's gaze at the center. It was a real technical challenge, because it had never been done before, but we did a lot of testing and eventually found a technical solution. Then I had the chance to integrate a writing residency: L'Écriture à l'Image in the Grand-Est region (France). This gave me the opportunity to present the project to broadcasters, where I met Marianne Levy-Leblond from Arte. I already had the confirmation that Upian was also interested.

N. P.-O. - Upian managed the production itself, and I was more focused on the writing with Thomas Cadène and on the game design part. We had a real test phase around the gameplay and the narrative. We had to surround ourselves with game designers and developers. Frédéric Jamain for Hiver was in charge of the art direction with one of Upian's managers, and Florent Fortin, who was there from the beginning of the project, created all the illustrations for the game. A huge work! Then animators and Tech artists came to animate all this. We advanced together, Hiver and Upian, to propose the first levels. And quite honestly, this first level (the only free one!) is much less interesting than the rest! Which remains a real frustration for the whole team.

N. P.-O. - We learned a lot about the nature of our previous productions, especially the genre. On UNMAZE we gathered first users (focus group) to present them the visuals of the project, the pages of the App stores. There too, we must surround ourselves with experts in the field. We think about the nature of the audience, whether we are referring to an almost cinematic audience or not, for example. Recent successes also show us that there is much more success in video games.

N. P.-O. - ØRÐESA was complicated, by nature, to shoot. Everything had to be mastered before shooting any image: there was no room for change - having made the choice not to "break" the cinematographic immersion (unlike a BANDERSNATCH experience) by not putting in a user interface. But is this a choice of author or spectator? We liked to shoot with actors and a real set, but it was not an essential point for the users. The spectators want interactive, gaming. The interactive film remains interesting if it keeps a web diffusion (WEI OR DIE...), or the presence of a strong broadcaster like Netflix, and a very identified cast.

N. P.-O. - On UNMAZE, we had excellent feedback on the artistic direction, the universe. But on the narrative side, a few comments surfaced, related to its nature as an independent video game a bit on the fringe of the industry. But I accept that! In particular on the not always pleasant aspect of the characters, that you had to follow until the end of the story to fully understand them. In video games, you are fused with the heroes - we had to work around that so that it didn't block the player. The gameplay was simple, and that was a real asset: the notion of choices allowed for rapid progress, without overloading the story.

VR or not : avoid the Whaou effect

N. P.-O. - We must be careful in the early years of virtual reality, which is still looking for a financing model. The video game must be a real inspiration for our innovative projects. In talking with French interactive producers, everyone is interested. The budgets, the audience, everything is there. Let's look at the success of titles like LABYRINTHE CITY from Darjeeling prod, released this year worldwide, which is available on Steam and Switch.

N. P.-O. - Most of the time, we still lack public recognition. But the fact of having produced several titles for Arte in particular, is to find press and critical feedbacks and thus to be able to finance the next projects. Other international platforms are now accessible for us. UNMAZE has already been released worldwide, in 5 languages. The French market alone is too small for VR or interactive contents - even French broadcasters are moving towards international productions. What is fascinating is to be able to propose universal projects, likely to appeal to all audiences.

N. P.-O. - The CNC's support for video games is very interesting, especially for the development and prototyping phases. We'll have to see how the commission dedicated to digital experiences will integrate this too - while considering the famous market studies, which are much more taken into account on the video game side. For future mobile games, I'm still looking for the right business model - or projects more focused on Switch, Steam and Twitch. Marketing data exists, more or less accurately depending on the nature of the project and the medium. We are also looking to position ourselves on online experiences, with "ticket" systems where users pay per session...

N. P.-O. - For the future, I'm a big believer in the place of social networks - even if I'm not personally comfortable with them. Online experiences, mobile games, Steam... I keep coming back to these not-so-new formats, where I see an interesting potential for Hiver and where we've already worked. 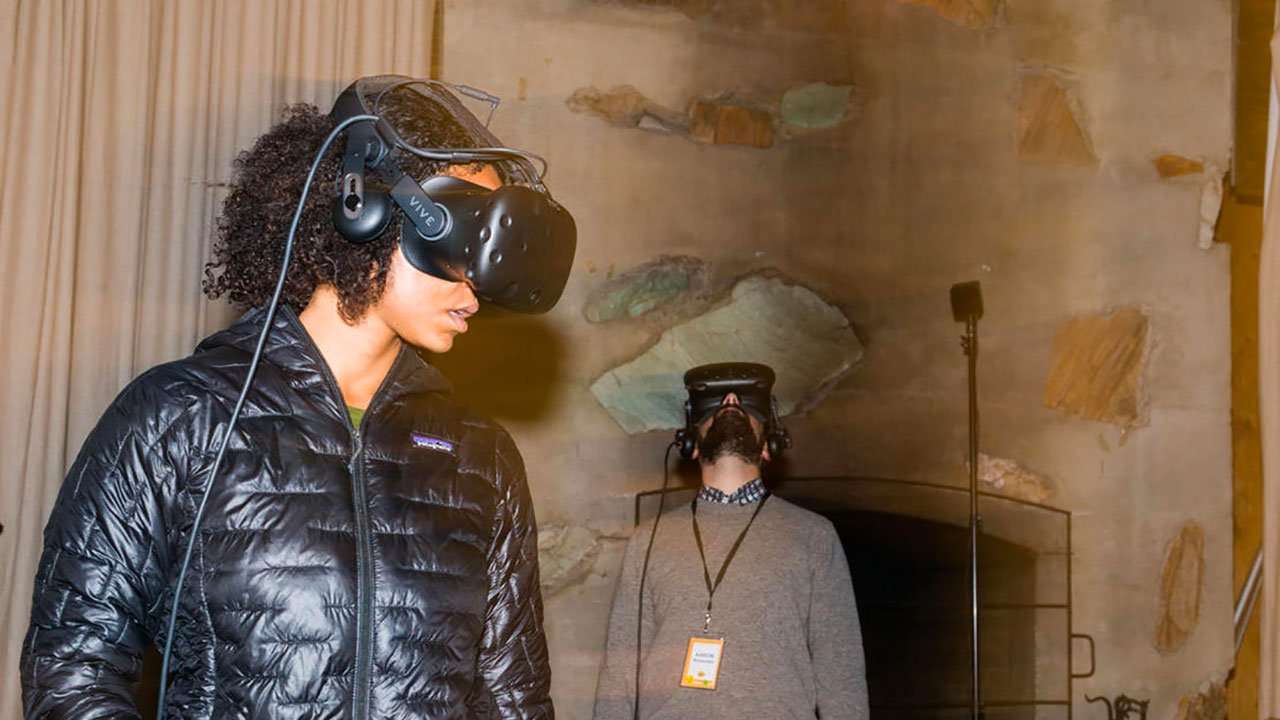 Six projects and artist teams have been selected for the 2020 Sundance Institute New Frontier Story Lab, which supports independent artists working at the cutting-edge convergence of film, art, media… 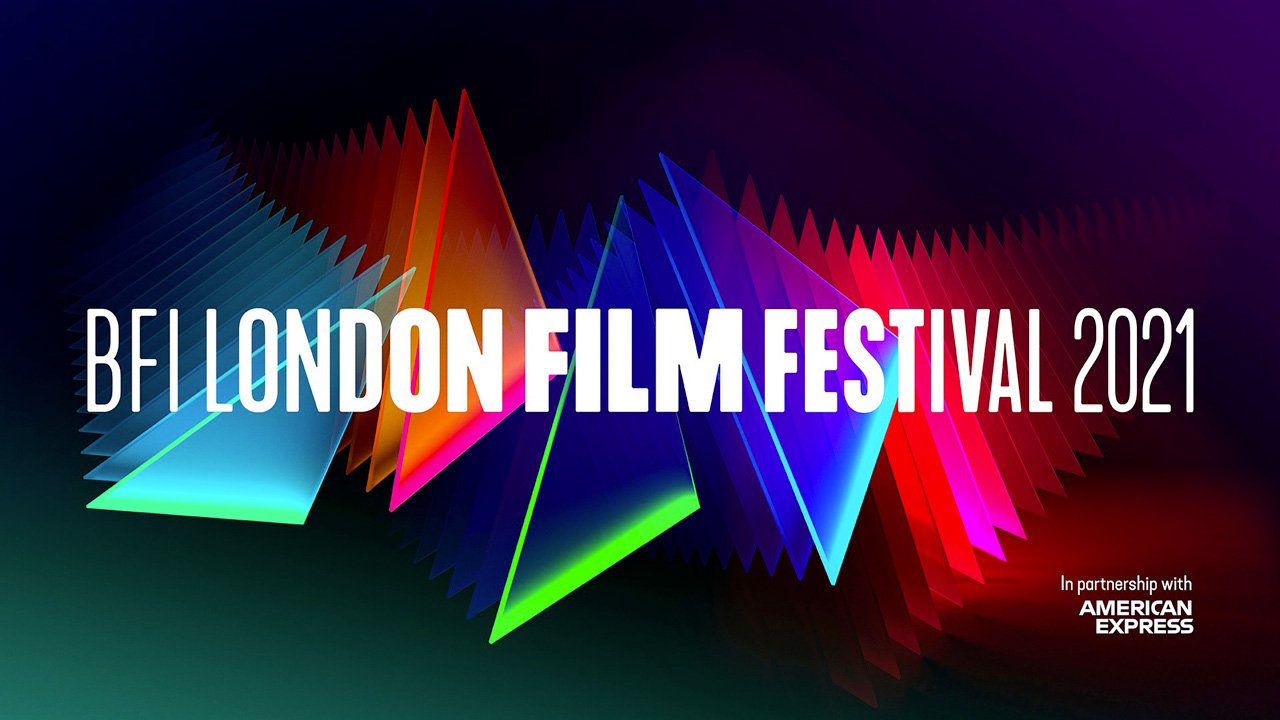 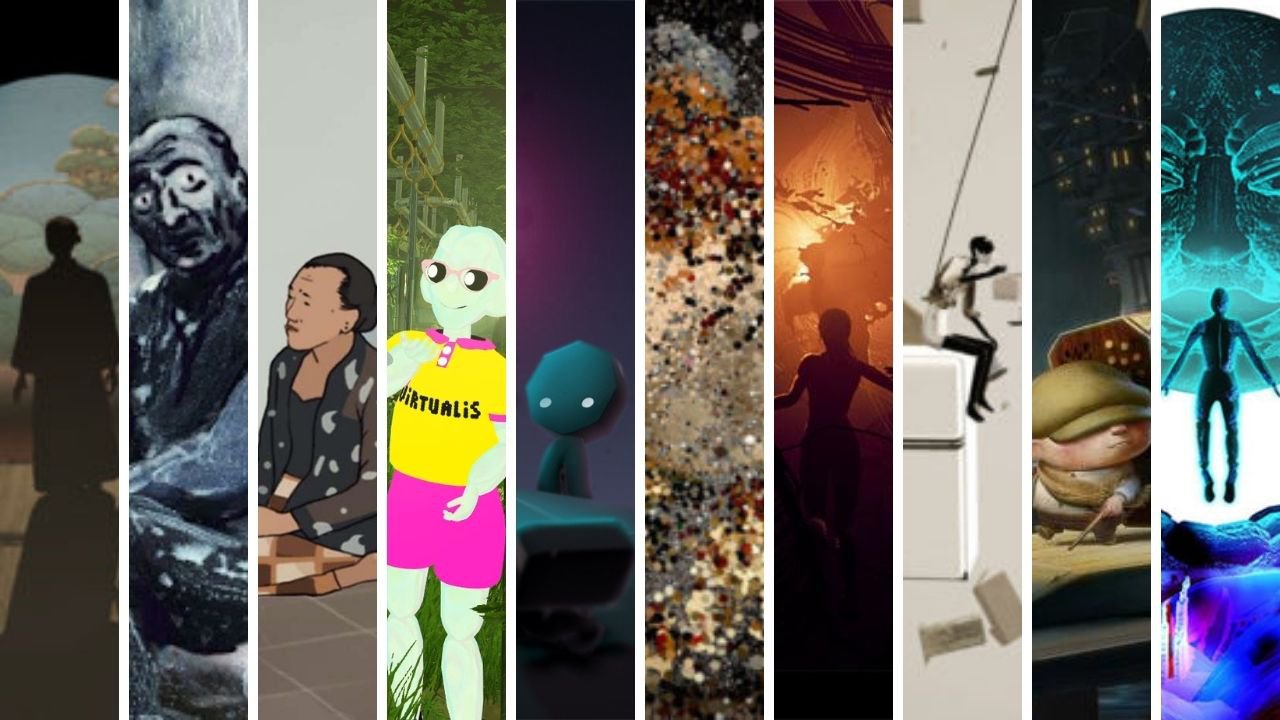 As we did last year, we are pleased to welcome you as the main jury member for this year Top XR Awards. With our selection committee we went through all Experiences released in 2020 to find 10 of the…