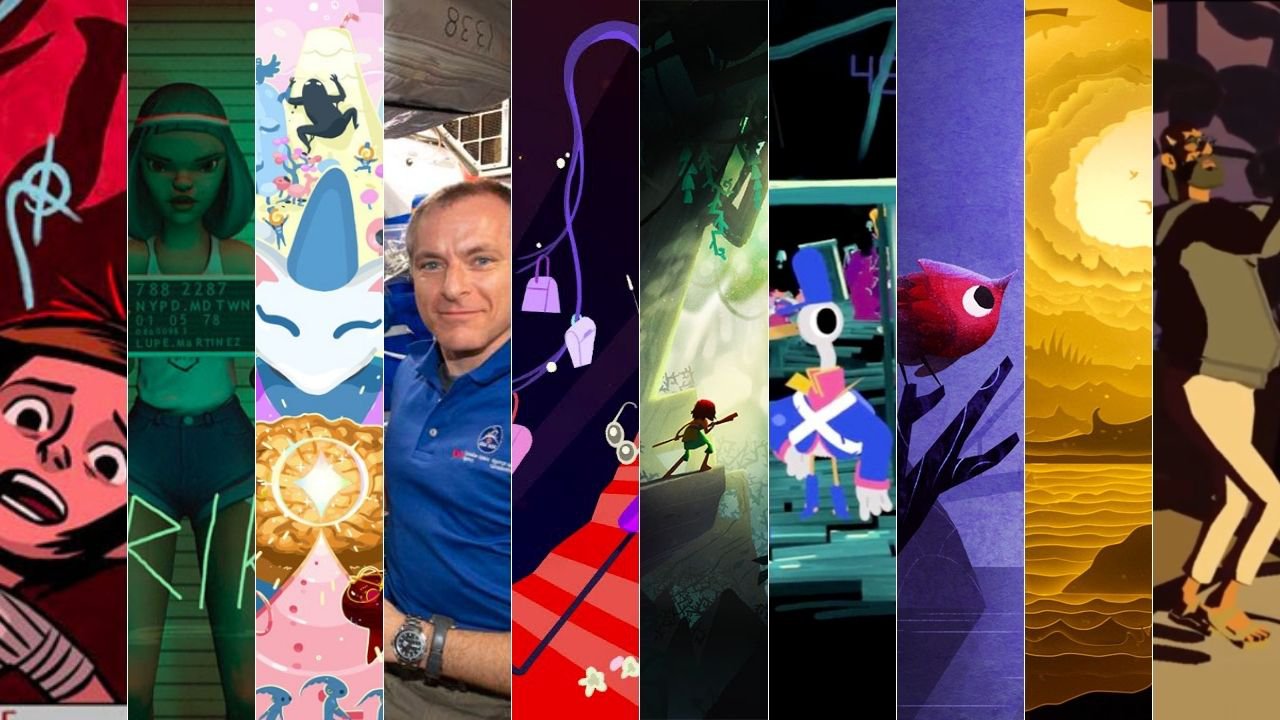 A Guide to Virtual Reality: Top 12 Experiences to Start on Oculus Quest

For a few years now, VR content releases have been multiplying, and that's good news! Whether you are a beginner or not, here is a first guide to the best immersive content available - A selection by Gibby Zobel, filmmaker and journalist, who offers since the beginning of the year a practical guide to virtual reality on Reddit (link at the end of the article).

All these titles available to watch now on the Quest 1 & 2.

‘I sat in my car for 30 minutes thinking about it. That could have been any character, that cube could have been any object,’ remembers director Pete Billington as he describes his epiphany using a demo which first illustrated animated user interaction.

That character became the adorable wide-eyed child Lucy and that cube became a Polaroid camera in the sensational WOLVES IN THE WALLS, an Emmy award-winning pioneer in the use of ‘virtual beings’, powered by AI.

The emotional bond with Lucy becomes as strong as her own with ‘pig puppet’ in Fable’s adaptation of Neil Gaiman’s eponymous children’s book.

By the end, after all your immersed adventures together, you don’t want to leave her side. Visionary.

‘We are gonna grab Alphabet city by the balls!’ As loud, angry and energised as the 1978 New York punk scene it portrays, BATTLESCAR follows two teenage runaways - Puerto-Rican American 16-year-old Lupe and her blanquita friend Debbie.

Created by Argentine director Nico Casavecchia, it tilts from cut and paste Sniffin’ Glue zine-style to riding on the back of a stolen motorbike in a flash. Words stab the screen. Dark, urgent and edgy, BATTLESCAR takes you on a trip down dangerous alleyways, punk legend Elda Stiletto’s squat and the infamous CBGBs.

Rosario Dawson narratives to a backdrop of white guitar noise through distorted amps - and even a little Screamin’ Jay Hawkins. Death is certain. And punk was invented by girls

An astonishing series of three (so far) Quill animated shorts from Studio Syro, all set in the bright pink universe of Soda Island.

Inhabited by a delightful cast including smoothie beavers and peace-loving nekoalas, the Sodians are led by the mysterious ‘committee’.

In The Multiverse Bakery, a chef bends space-time and cooks from lightening bolts and squirrel acorns. At the start of The Neon Jungle a humanoid tadpolotl emerges from the water after a crab digs up a geometric shape. It’s eye-popping fun and beautifully smooth, with crane and tracking shots from a descending flower elevator to crossing a frog-tongue bridge.

A techno candyland version of 60s cartoon Wacky Races completes the trio in The Quantum Race. At times fantastically minimalist and always wordless, Soda Island is fizzing with life.

A very human look at a very alien environment, ADAPT is the first of a four-part series aboard the international space station from the vanguard of VR filmmaking, Félix Lajeunesse and Paul Raphaël.

Floating through a mass of wires, tunnels, tubes and laptops are astronauts Anne McClain, David Saint-Jacques, Christina Koch and Nick Hague as expedition 58 is joined by expedition 59 on the 22-year-old ‘outpost of humanity’.

‘The power of adaptation is one of the most beautiful aspects of the human mind, ’ declares Saint-Jacques, as the crew get accustomed to ‘micro-gravity’ and the disorientation of ‘16 sunrises and 16 sunsets a day.’

As awe-inspiring images of the Earth pass underneath, the team tuck in to an amuse-bouche of brie and chutney and it’s the ordinary that calls your attention.

The most important place on the US$160 billion station? The bathroom.

ADVANCE is the second of a four-part series aboard the international space station from the vanguard of VR filmmaking, Félix Lajeunesse and Paul Raphaël.

Rejoining the crew, the film zooms in on the role of women and astronauts Anne McClain and Christina Koch pay tribute to Jerrie Cobb, blocked by NASA from achieving her goal of space flight 50 years earlier.

‘Science is organised curiosity’ declares Anne, as Christina tends to her precious mizuna greens growing incongruously amongst the tech.

The largest production ever filmed in space yields lovely intimate moments and a spectacular upside-down group hug ends with two leaving the mission. The journey continues.

Leaning on the comic traditions and style of Tex Avery and Chuck Jones, this tear-jerker is a riff on the value of presence over presents.

Former Disney animator Yonatan Tal, who set up LA-based Parade Animation, draws on the love for his own mother (he declares as much in the opening credits) as he weaves a fast-paced fable that flies from secret caves in South Indonesia to albino crocodile hunting in Africa.

High-flying French designer Albert - so ritzy that ‘Lorenzo is my exclusive gold supplier since 94’ - is trying to make the ultimate gift for mama. But will the quiet tea-drinking septuagenarian be impressed?

The wild witch of centuries of Slavic folklore, BABA YAGA, fixes her piercing green eyes on two brave young daughters of a sick village chief in this interactive animation from Baobab studio.

Magda (voiced by Daisy Ridley) and Sasha - that’s you - must go into the dangerous forest to get the witch blossom cure from the enigmatic old hag (Kate Winslett) to save your mother (Glenn Close).

Yes, it’s another all-star cast - and all-female - and although the hand tracking interaction is minimal it is spectacular, from taking a lantern from your sister to unleashing thunderbolts of thorns.

Directed by Eric Darnell and Mathias Chelebourg, it’s a mix of dewy-eyed engagement with your virtual sibling, 2D pop-up animation and even has the innovation of multiple endings. Which path will you choose?

A slightly confused Mr Burridge enters an austere waiting room where he’s told to wait for his ‘live dream interpretation experience’. The unseen overworked technician Jason is keen to hurry things along, ignoring his pleas that ‘this is not a dream, it’s a recurring nightmare!’

We trip into a Northern English town and confusion reigns. Rows of terraces are, instead, rose.

An ingenious quartet of simultaneous tales set on the upper floors of an apartment building - four stories - by Canadian quillustrator Nick Ladd.

It begins when star-gazer Lucas gets a surprise splat in the face from space from a luminous one-eyed green blob. Whichever mini-saga you choose to follow - Close Encounters, The Break-In, Night Frights, or Distractions - it all ends with fireworks on the rooftop.

The main aquatic-looking characters, like a knife-wielding ninja granny chasing a classic swag-bag style robber, have a supporting cast of extras like the dude (a pufferfish?) smoking on his balcony.

Highly original and voyeuristic, it’s only three minutes long - but the genius is that you can watch it four times over.

This beautiful story of the reconstruction of a world that's been blown off-course seems to chime perfectly with the times.

Part interactive animation, part game and part meditation, Funomena’s LUNA stars a young red Bird who must reawaken a planet that has been broken into shards.

To achieve that harmony, constellations must be realigned and each tangle solved brings back more memories. ‘Singing felt good somehow,’ declares the gentle narration, ‘and each note filled Bird with hope’.

Miniature musical terrariums can be filled with mighty spruce trees, water lilies and lush bushes in your own style until they thrive with frogs, dragonflies and ladybirds.

Then it’s pure magic as the animals re-emerge in close-up out of the diorama you have just created, and the story continues until the moon - Luna - is full once more.

Simply gorgeous throughout, right up to the frog chorus in the credits.

‘The morning breeze was my favourite part of the day’ declares Toto, a flat-capped boy playing a bandoneon (a type of concertina) in this quintessentially Argentinian animation directed by German Heller and Federico Carlini.

You are free to follow his notes with hand tracking, creating blue neon swirls along with his chords, before the tale takes a mysterious twist. Grandfather’s darkest secret is revealed and two worlds intertwine.

Get ready for the second and final instalment coming mid-2021 - if you haven’t stopped gazing in wonder at the handcrafted stop-motion style imagery of the opening act.

’O brave new world, that has such people in’t!’

William Shakespeare’s tale of love, revenge and magic comes to VR from ‘The Under Presents ...’ developer Tender Claws and experimental company Pie Hole in a unique theatrical performance.

While a live actor plays the speaking part of the magician Prospero, you are one of a half-dozen mute sprites that act out roles with mime, finger-clicking, bows and courtesies as you float around the wondrous and ever-changing set in black gowns and golden masks.

It might be as Prospero’s daughter, Miranda or Ferdinand, the prince of Naples or even as a lighting technician - no previous acting talent required.

The performance over, it ends with a group hug around the campfire. It might be virtual but, boy, it feels good.

BattleScar - Punk Was Invented By Girls Wolves in the Walls Space Explorers: The ISS Experience Baba Yaga The Under Presents + Tempest Paper Birds 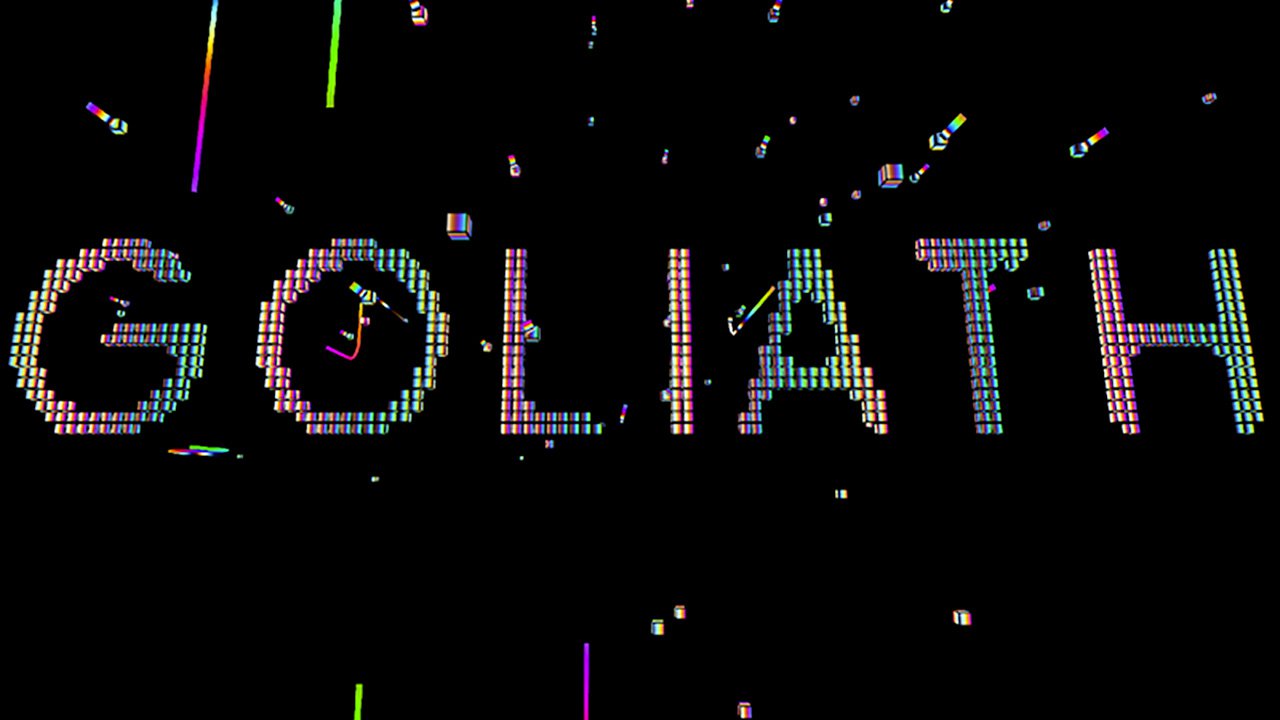 "At the intersection of story/game and connection" - Barry Gene Murphy, May Abdalla (GOLIATH: PLAYING WITH REALITY)

Awarded with the Grand JURY Prize for Best VR Work at Venezia78, GOLIATH: PLAYING WITH REALITY is a VR experience that uses all the narrative tools VR can offer to tackle a difficult subject like sch…

Virtual reality found its first audience when the video game industry took interest in it. While the largest companies invest in it, we should not forget the independent studios that have long offere… 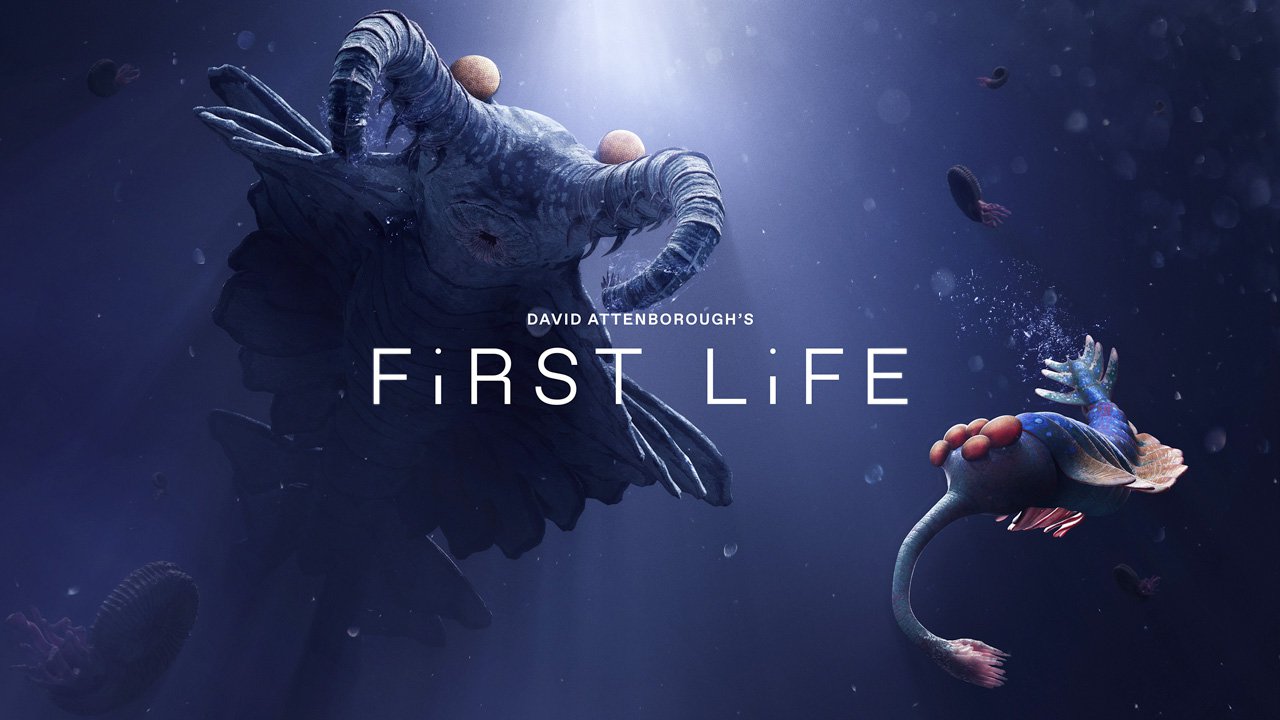 In more than 60 years of broadcasting, David Attenborough has travelled the globe to document the living world in all its wonder. Now, with Alchemy Immersive and Meta, he travels back in time using V…