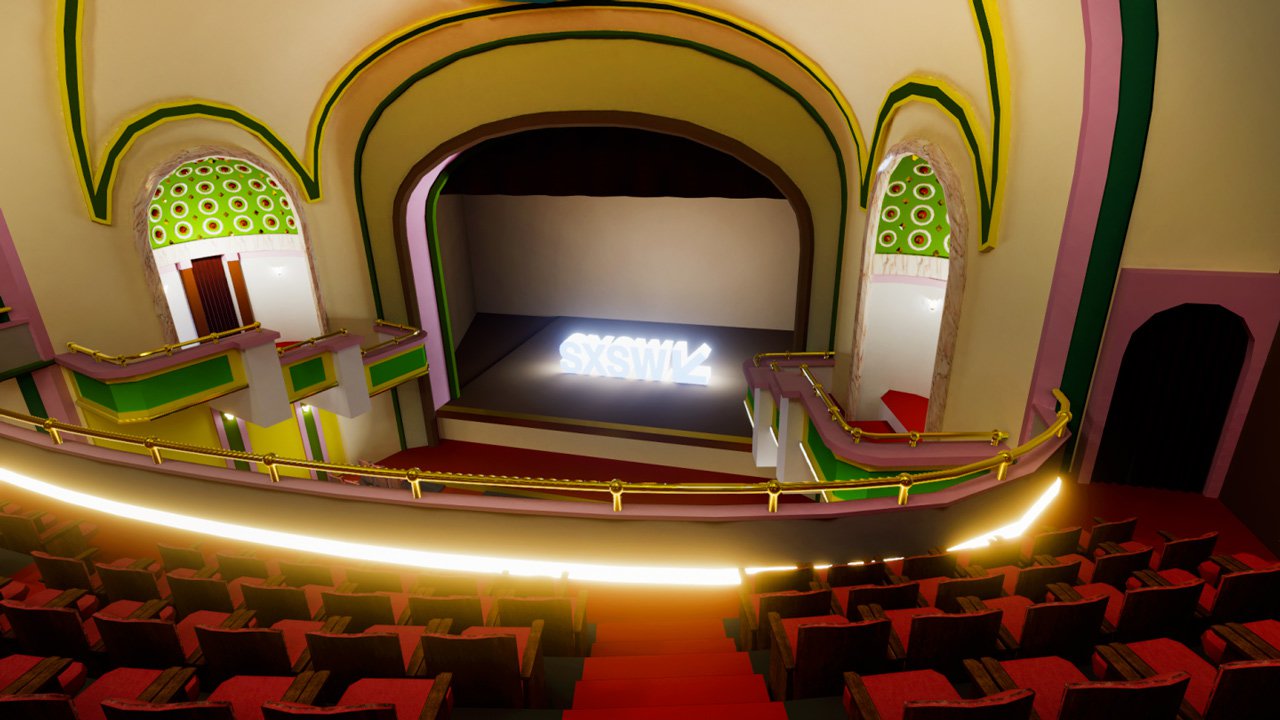 South by Southwest® (SXSW®) Conference and Festivals (March 16-20, 2021) unveiled the SXSW Online XR world and programming as part of the 2021 event. The condensed, fantastical artist representations of Congress Avenue and the Red River Cultural District, using the SXSW 2021 look and feel, will showcase live panels, Meet Ups, special events, a selection of 360° videos from the Virtual Cinema program, as well as 2D video feeds of SXSW programming.

Venues recreated in the space include The Paramount Theatre, the Contemporary Austin, Mohawk, Empire Control Room & Garage, and Cedar Street Courtyard. SXSW worked with world-renowned artists and the social XR events studio VRrOOm to design and produce the festival's virtual edition, which will be hosted on VRChat.

The complete Virtual Cinema Program, including previously-announced Virtual Cinema Competition and Virtual Cinema Spotlight projects, will also be accessible and downloadable via the VRrOOm store online. The VRChat worlds can be experienced on PC, PCVR and Oculus Quest headsets.

“SXSW really wanted to create a space in the virtual world that brought Austin to life in a spectacular way,” said Blake Kammerdiener, XR and Film Programmer. “So we came together with Louis Cacciuttolo and his company VRrOOm, whose recent work includes Welcome to The Other Side with Jean-Michel Jarre, and artist Vincent Masson to create this fantastical virtual space that honors Austin, and a few of the venues that we are gutted to not be using this year.”

“Attendees can come together, explore these worlds, and watch content created specifically for the VR world and from the greater SXSW Online video channels,” Kammerdiener continued. “Stop by the Paramount Theatre to snap a picture on the red carpet with your friends or head on over to the Red River Cultural District for a party. Be sure to find virtual Theon Cross rocking his tuba or stop by the Contemporay’s rooftop bar to catch a live session.”

SXSW Online XR will also present a wide array of work outside of the VRChat world, including special live theatre performances of Finding Pandora X from Double Eye Studios and Dream from the Royal Shakespeare Company and Marshmallow Laser Feast.

Making of Reeducated: A VR New Yorker Documentary: Reeducated is a first-of-its-kind 3D 360 VR documentary about detention in Xinjiang, China, guided by the overlapping recollections of three men who were imprisoned together at the same facility. Part of a major multimedia project from The New Yorker, the 20-minute immersive film is based on more than a dozen hours of interviews and uses hand-drawn watercolor cel animation and ambisonic sound to visualize an otherwise inaccessible, authoritarian space.  Filmmakers Sam Wolson and Ben Mauk discuss the making of this project and the difficulties of reporting on Xinjiang that led them to working with firsthand witness accounts, animation, and VR.

Shared Space: A Conversation About XR Public Art: Join New Frontiers Curator Shari Frilot and XR artist Nancy Baker Cahill to discuss XR art in shared public space. What constitutes public art or even public space in the digital era?  How can these sites be activated for thoughtful discourse, inclusion and access?

Performing for New XR Audiences: A discussion about the future of theatre and performing for new audiences, from the team of Finding Pandora X, SXSW Spotlight program feature and winner of the Lion for “Best VR Immersive User Experience” at the 2020 Venice International Film Festival. With Broadway doors closed through the summer of 2021, this panel offers forward-thinking techniques to creating live theatre in socially connected virtual worlds. Our cast and creative team will share insights into the embodiment of avatars and the differences between performing for a physical audience versus a virtual audience.

Backstage Tours of Mount Olympus
Come take a tour of Mount Olympus, the stage for the Finding Pandora X! The team will take you through this beautiful world created in VRChat.

Dream (United Kingdom)
Director: Robin McNicholas
Special access to a live, online performance set in a virtual midsummer forest. Theatre, music and groundbreaking technology combine in an extraordinary exploration into the future of live performance. Follow a sprite on a moonlit journey through the night until dawn. The Royal Shakespeare Company (RSC), in collaboration with Manchester International Festival (MIF), Marshmallow Laser Feast (MLF) and Philharmonia Orchestra will stage a live performance using motion capture as the culmination of a major piece of cutting-edge research and development (R&D).

Welcome To The Other Side (SXSW Special) (France)
Directors: Jean-Michel Jarre, Denis Semionov
Electronic music pioneer Jean-Michel Jarre teams with French VR startup VRrOOm for a trailblazing concert-spectacular set in the virtual environment of the planetary landmark Notre-Dame de Paris. Also, for the very first time, experience excerpts from the show at your fingertips in the new standalone app for Oculus Quest! (World Premiere)

Welcome To The Other Side - After Party
Welcome to the after-party of electronic music legend Jean-Michel Jarre's NYE concert spectacular in a virtual Notre-Dame! Enjoy the concert replay on a gigantic screen, enter each track in 360 and sip a cocktail in the Zeppelin hovering above Paris!

Welcome To The Other Side - Cryptoart
Following the electronic music legend Jean-Michel Jarre's NYE concert spectacular in a virtual Notre-Dame,  explore the crypto art exhibition based on the concert highlights, featuring digital pictures and videos authored by the French artist. (World Premiere)

French Immersion, A Deep Dive Into the French Ecosystem
You are invited to meet in VR with “la crème de la crème” of the French directors, artists and producers. It will also be an opportunity to chat with some of the XR experts interviewed for “FR//XR: A Handbook for Immersive Producers” and to learn more about the program French Immersion, initiated by the Cultural Services of the French Embassy in the US.

VR/AR/XR Developer Meet Up
Come join the SXSW annual developer meet up for those working or interested in working in immersive development!

XR Industry Meet Up
Meet with other XR industry professionals.

Intermission party
With an exclusive AV set featuring never before heard tracks from Miro Shot’s upcoming album and collaborations from within the Miro Shot Collective.

SXSW Closing Night Party
Join other XR aficionados and SXSW Online passholders of all stripes for a closing night celebration.

How to get in (more infos on VRrOOm)

Welcome To The Other Side SXSW 2021 - Virtual Cinema 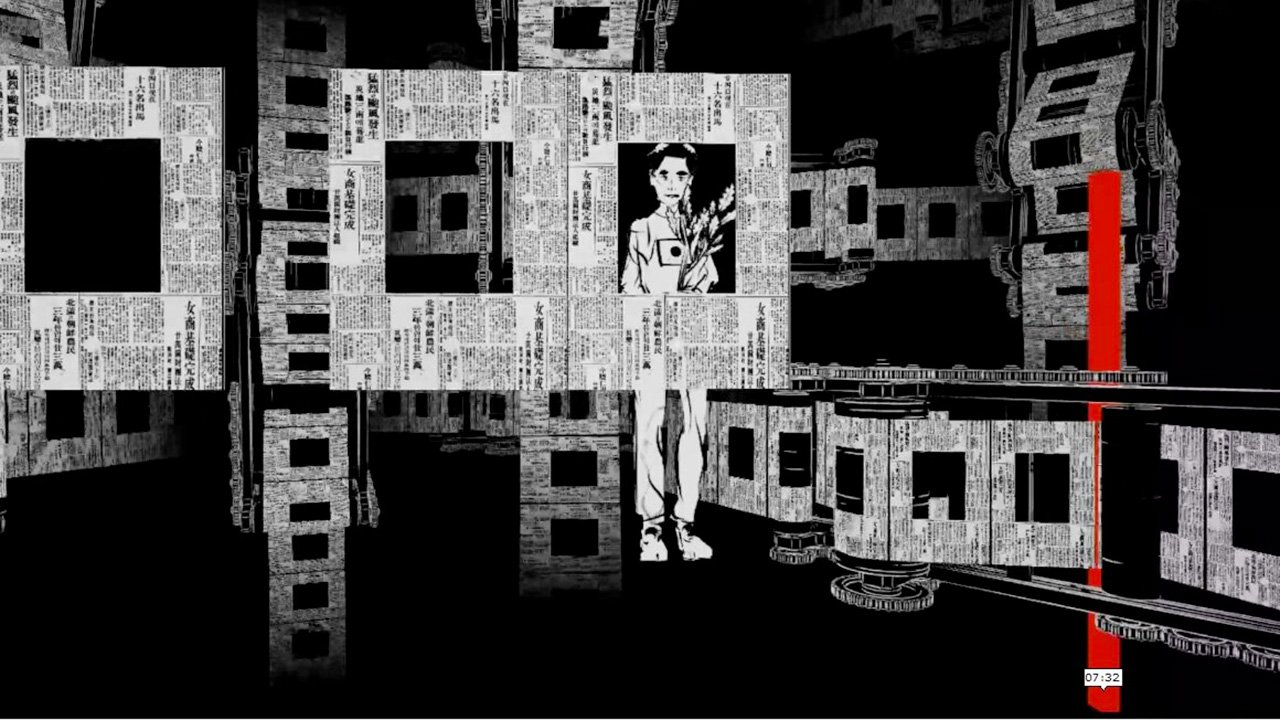 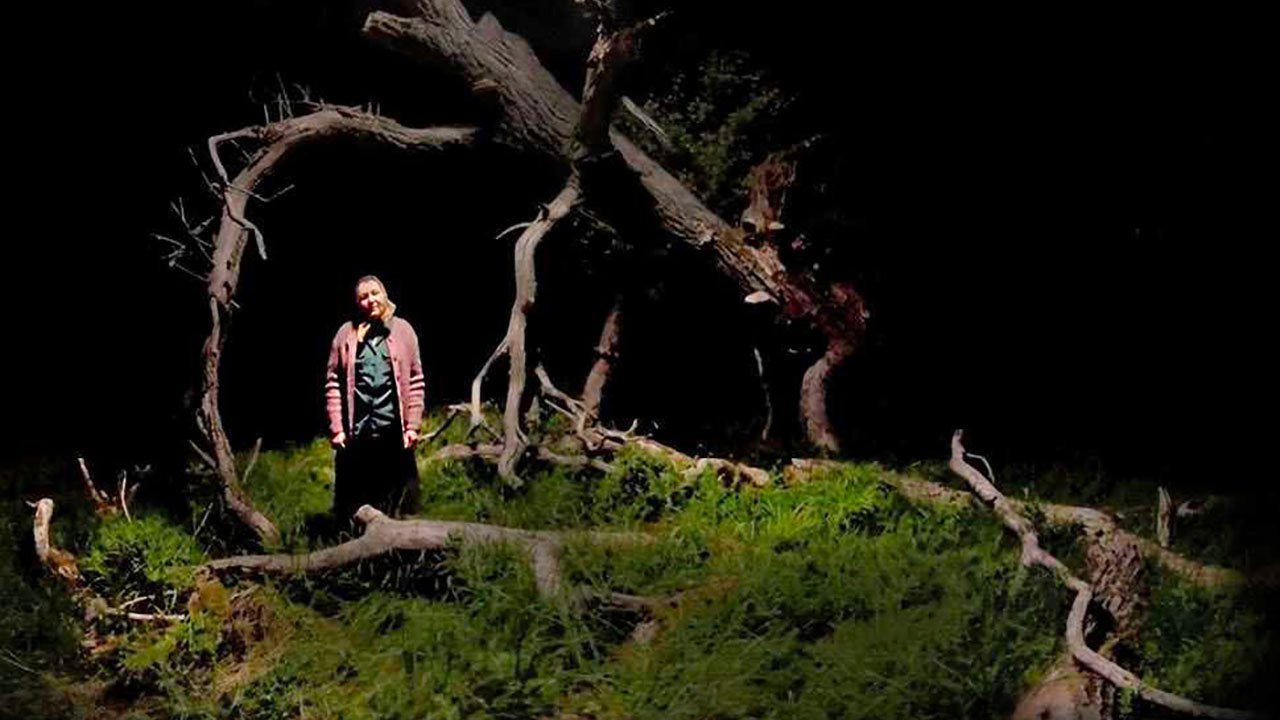 Germany-based goEast - festival of Central and Eastern Film became the first festival in the world to make its VR-section available for online audiences. 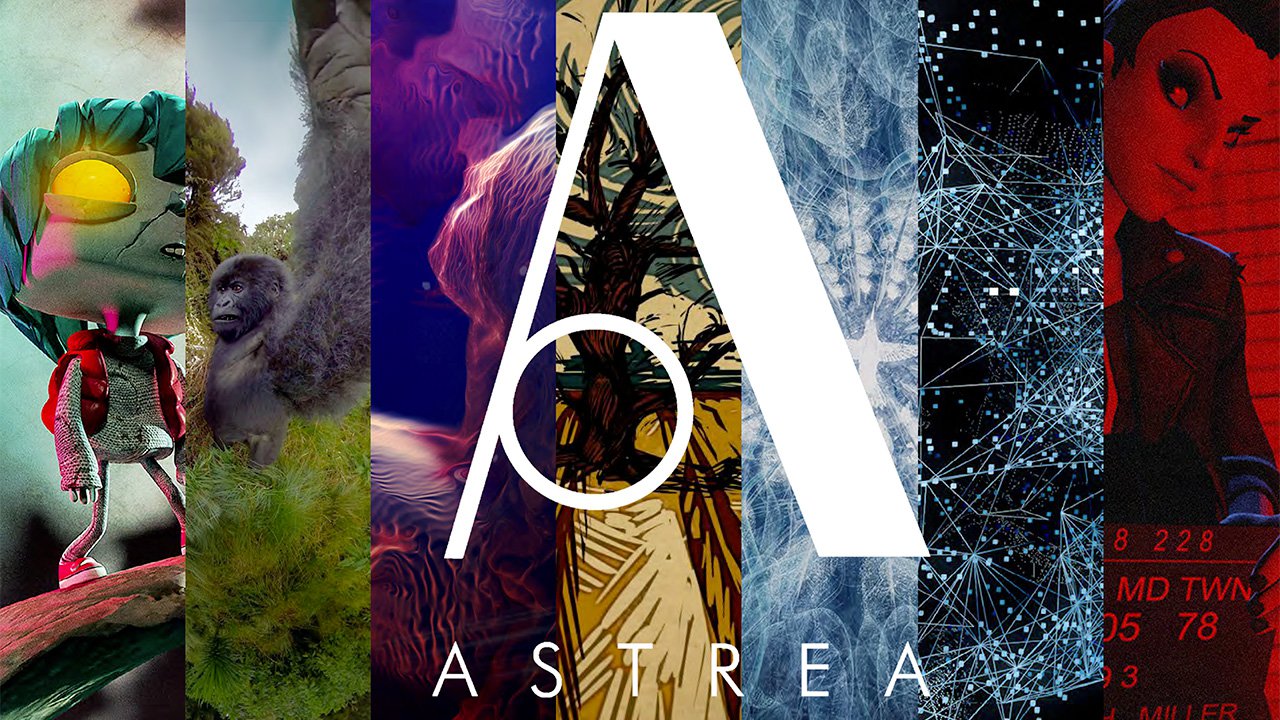