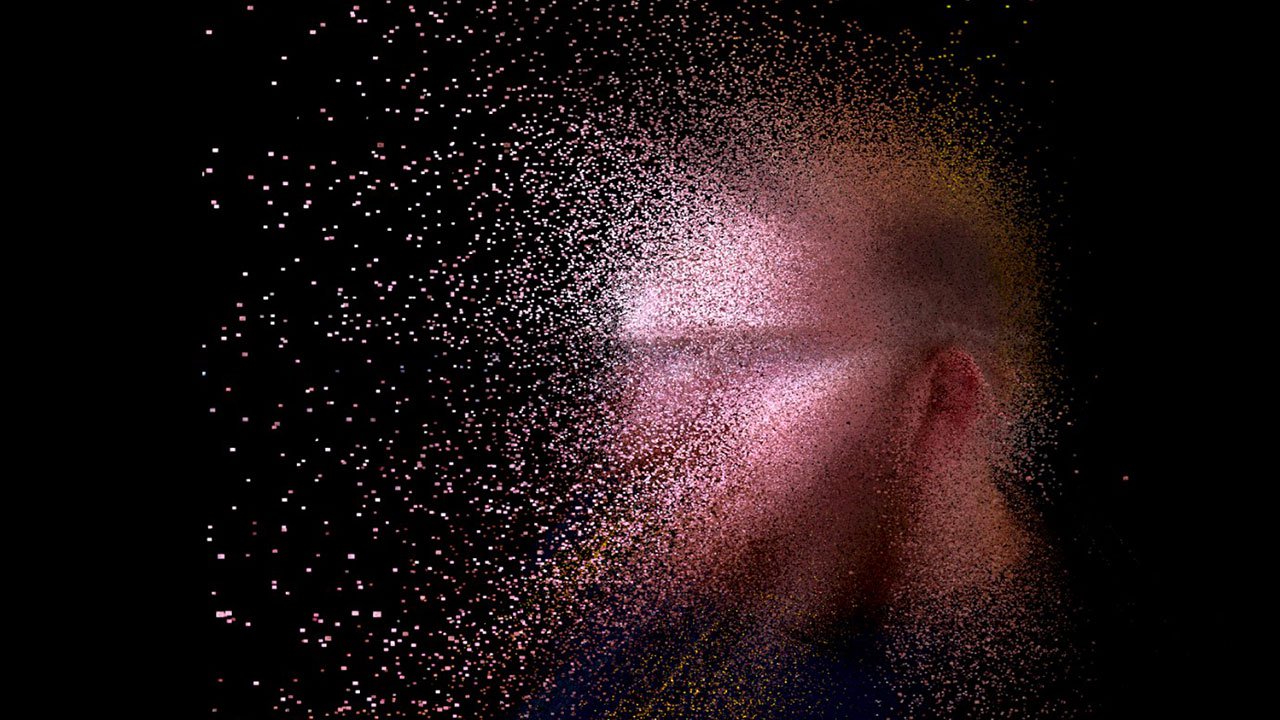 I was lucky enough to be there and listen to the teams of directors and producers sharing their ideas and stories. One of them, in particular, resonated in me for its compelling and meaningful contents. GOLIATH, a work about schizophrenia, is the result of the collaboration between producer May Abdalla and director Barry Gene Murphy from award-winning creative company Anagram.

On January 2019, La Biennale di Venezia held a public event (link) to present the 12 VR projects selected for the first workshop of the Biennale College Virtual Reality 2018/2019. I was lucky enough to be there and listen to the teams of directors and producers sharing their ideas and stories. One of them, in particular, resonated in me for its compelling and meaningful contents. GOLIATH, a work about schizophrenia, is the result of the collaboration between producer May Abdalla and director Barry Gene Murphy from award-winning creative company Anagram (link).

Considering May’s previous work MAKE NOISE, in competition at Venezia 75 – which I found particularly significant both for the topic discussed and for the way it was developed – I immediately found myself curious to know more about GOLIATH and its creative process.

We discussed it with her and with its director Barry Gene Murphy.

Why VR and Anagram

Barry Gene Murphy - I put on a VR headset around 2014 making a chapter of James Joyce’s ULYSSES with a friend. I was struck by how all encompassing the feeling of being in the work was. No matter how basic the visual. I saw something in that contradiction. I personally have an aversion to slick and am drawn to clumsy digital expression as the artist battles with the technology and tools amidst the noise. I saw VR as a place for ideas can flourish first and foremost. It’s punk as hell!

B. G. M. - Immersive VR is an enormous challenge yet for me it feels a world away from the formulaic endeavours that dominate the media landscape. VR is very much a collaborative medium like a Ouija board, and, when everyone is in the room, the experience of creating seems fresh and exciting. When you put on the headset you are stripped down to a core with a voice and you start from there, anything can happen. It’s a wonderful starting point.

May Abdalla - We set up Anagram 7 years ago to explore how to tell immersive stories which engage you physically – where what you do is also part of the story. Technology was merely a vehicle to facilitate our imagination becoming real.  In our first project DOOR INTO THE DARK you were blindfolded in a 6000sq ft space exploring a giant sensory set with your hands and toes while an audio narrative about what it means to be lost is triggered depending what feature you found on journey. We learnt so much from this piece. The key thing is to get people to feel the narrative in their skin and bones – as they participate, through physically making the movements themselves.

M. A. - You can be in two places at once – here in the room and also elsewhere in your memory. Connected through the thread of your body and the tremors on the surface of your skin. It’s subtle and ambitious to design for that – but that is the energy of our process. To find the interactions that generate the electricity in your skin. When done well, once you’re in the flow of an experience, the technology to some degree can disappear.

M. A. - It’s a gift to someone who wants to explore how our body can make us feel in storytelling. But I don’t think we are committed to VR forever – it has limitations as well as freedoms! We are quite careful about choosing the story before the medium.

The origins of GOLIATH

B. G. M. - GOLIATH came about through discussions with a dear friend of mine. He began making an artists film about his brother dealing with schizophrenia; the core idea surrounding the work in progress was the observation that the brother was his old self when gaming. I was vested in this progress for about six years and always felt it had to have a visceral connection to the subject matter and when the call for Venice came up we discussed developing it into a VR piece. Myself and May began writing an overall arc, with my friend feeding in. At the time we had a couple of other strong ideas in further development but we opted for GOLIATH and it seemed to just jump out at us, coming together into something immediately tangible that everyone could get straight away. GOLIATH has hope in it and that’s a rare thing in documentary these days, so we orbited around that.

The impact of Biennale College VR

M. A. - The Biennale College residency was quite profound. Not only were we in a former asylum thinking about how to represent and understand the concept of an unusual reality; we were living, eating, breathing and dreaming the project for 10 days straight. It was during this period, constantly been asked hard and provocative questions from our tutors, that we developed the idea of the set – and explored how we would break the 4th wall in VR. Conversations, presentations, pitches about aesthetic, interaction and narrative were constant. We read all we could get our hands on about first person accounts of schizophrenia – the controversies around them – and kept asking what could you do now in VR that you could never do before.

B. G. M. - The experience itself was an ultra marathon of idea creation and destruction and creation again. I thoroughly enjoyed it on the whole, the gravity of what was at stake really focused us. We lived and breathed the ideas for an intense week and we were better off because of this.  We encountered resistance and enlightening ideas, rubbed off excellent brains and took what we needed from it. The former asylum offered a buffer from the outside world to really get to grips with the daunting process of creating an authentic immersive experience.

Making of and challenges of GOLIATH

B. G. M. - Anagram fortunately secured Arts Council funding to make a scene in prototype form. We are currently near the end of that process. There is a huge disparity between planning an immersive piece and actually workshopping those imagined interactions, especially with a documentary angle. We are fortunate to be able to iterate through these stages and be allowed to get it wrong before getting it right. We have had some informative interactions with our lead character and are learning everyday about the subject matter which is in turn feeding into the ideas. Challenges we face are of course working with technology which is getting there but punishing at times. On the story side documentary is by its very nature unpredictable but we are happy with the progress so far and the challenge is to adapt to this to create real meaning and a valuable experience.

B. G. M. - One of the interesting things that have happened as we have been making is the impact of connecting with the community of people who hear voices. We’ve been doing a lot of outreach to understand how what we are doing relates to what people who are first hand experiencers are doing.  Firstly the way that people refer to the condition really varies. There’s a lot of debate about the term schizophrenia and whether it really should still exist at all. Rather, people talk about the psychosis spectrum. Schizophrenia is highly stigmatised and feared –  associated in people’s minds with violence and isolation happens as a result of it.  Japan and South Korea stopped using it as a term and there’s a lot of pressure for others to follow suit.

M. A. - There’s something profound about how online gaming is such a meaningful sanctuary for this community.  So we are now exploring a new component of the project. We’re holding some test workshops with people who have unusual beliefs/hear voices to allow them to try and create what their experiences are like for them first hand. The ambition is to house all this in a social VR platform and run a series of events with speakers who can talk about how we relate to the idea of our own varied realities, and what are the causes behind it. Basically making a museum of alternate realities with each room as the first person story of a psychotic episode – which you can walk around in VR. We’re excited about actually using social VR as an artistic platform for expressive experiences and live interactions.

M. A. - We are also developing a software tool that allows for collaborative co-creation of prototype VR scenes, so as always we want to hear from people who are interested in being part of the project.

Talking about mental issues through VR

B. G. M. - We are continuously researching, from artworks to podcasts, interviews with experiencers and experts in the field. There is a wonderful brutally honest podcast called Coffee and Psychosis (link) which I am enjoying very much right now. The workshops May has arranged with people with experience of psychosis and psychologists is also proving invaluable. We wrote a lot in Venice but are not afraid to revise and react to changes and better ideas as they arise. Our creative crew are excellent at thinking laterally and reacting to the challenges. In my brief experience with immersive you must iterate and be open to sometimes letting those good ideas go and that is how we are trying to reach something meaningful.

M. A. - One of the barriers to understanding mental illness is the fact that people don’t really want to go there. Our character is a really important way into this. One of the things we want to be careful of is keeping the feeling of the project fun. He jokes a lot – does imitations of the voices he hears, but he’s also fragile for all the reasons you might expect someone who spent 10 years sectioned. He is also a really charismatic person who has a brilliant sardonic British wit.

GOLIATH is the true story of a man who was diagnosed with schizophrenia, spent ten years in a psychiatric institution and found redemption in a world of online games. It explores his two virtual worlds. In the world of his delusions, he avoids contact with the outside world fearing hostile abuse from strangers. In his game world; running sorties in war games with an international band of outcasts – he is a leader amongst men.

As well as telling this story through his own first person testimony, GOLIATH as an experience disrupts the audiences’ perception of reality. Throughout the experience there are moments that play with both the physical set and a live audio feedback system to give the audience the impression that events are taking place unbeknownst to them outside of the headset. The subject of mental health is tackled in a way which is at once profound but also playful. Participants are thrown into the exhilarating action of the game as well as the unreal drama of psychosis.

The project is being created by the award winning immersive storytelling studio, ANAGRAM. We are working with University College London’s Division of Psychiatry to prototype a visceral immersive experience of the condition and also partnering with the McPin Institute of research in mental health care. 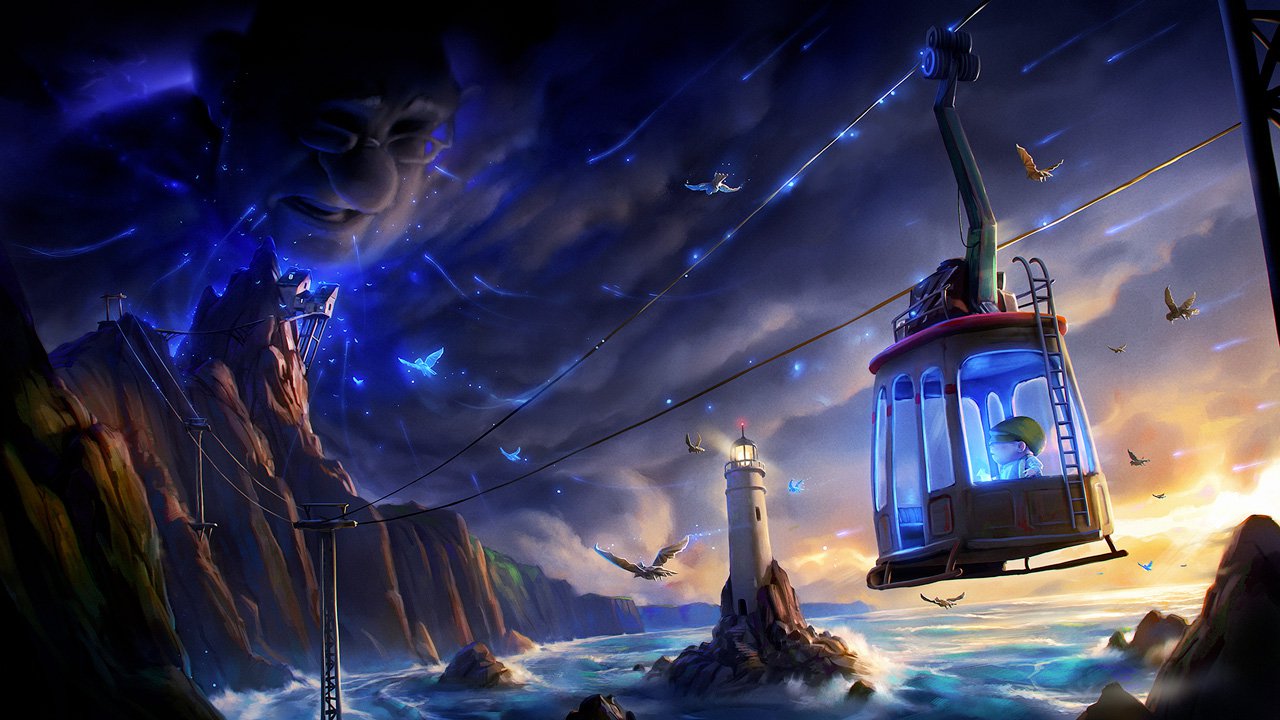 With a festival tour beginning in 2020 (and ongoing), the two parts of PAPER BIRDS have been available on the Oculus store since early July. On this occasion, let's go back to the production of this … 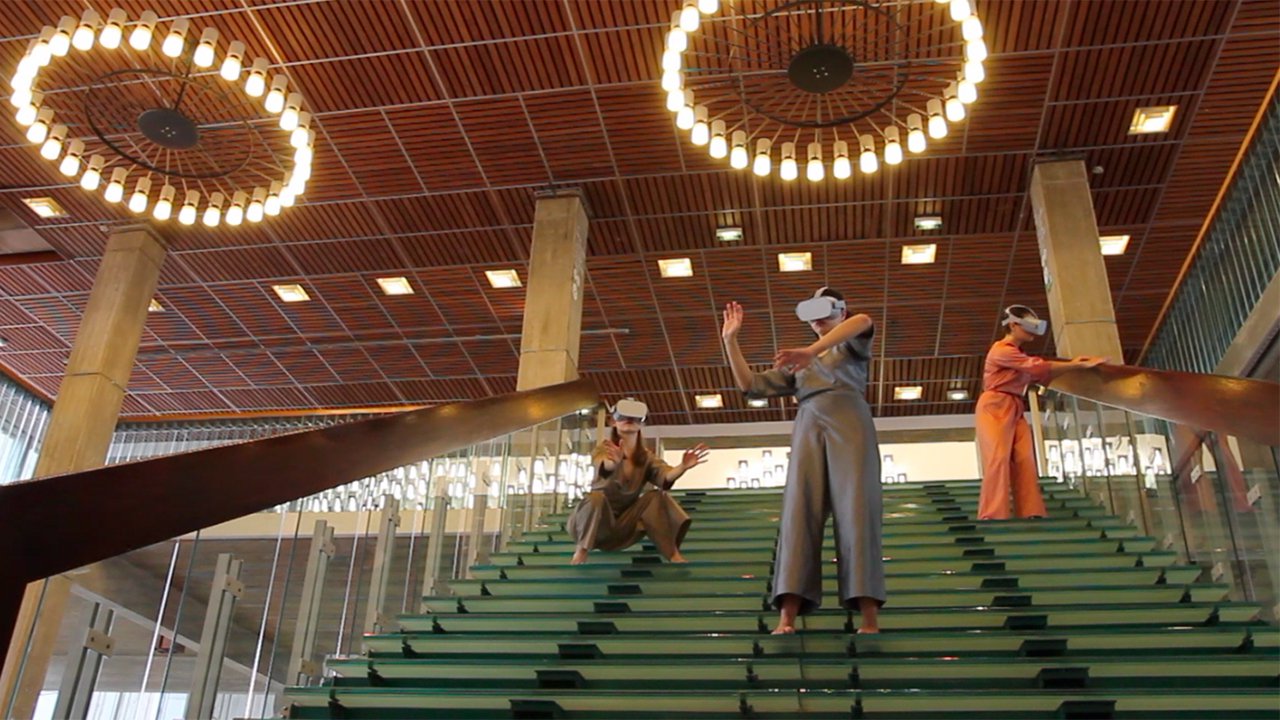 Margherita Bergamo (choreographer) and Daniel González (VR interaction designer) made a name for themselves in 2019 with their live performance EVE, DANCE IS AN UNPLACEABLE PLACE which won both the G… 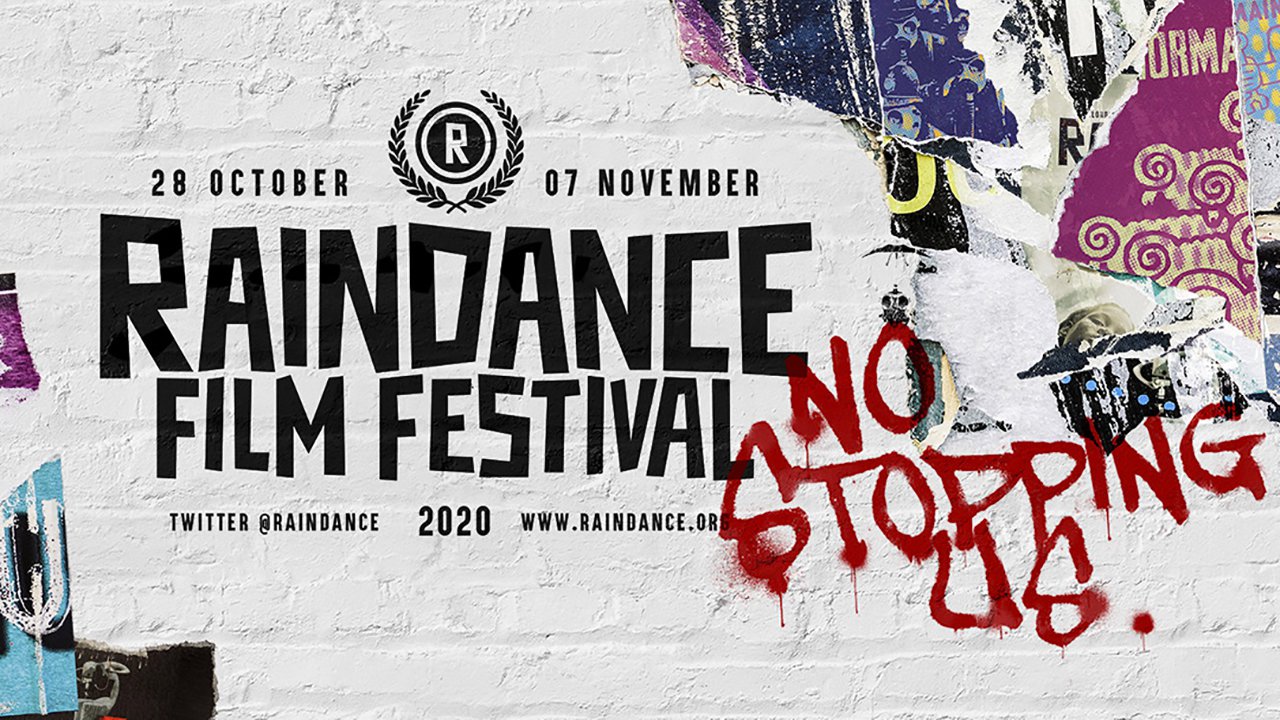 The fall brings back the interactive community to the familiar faces of international festivals and events – some virtual, some physical – and it’s time to go fully indies with Raindance. Curator Már…