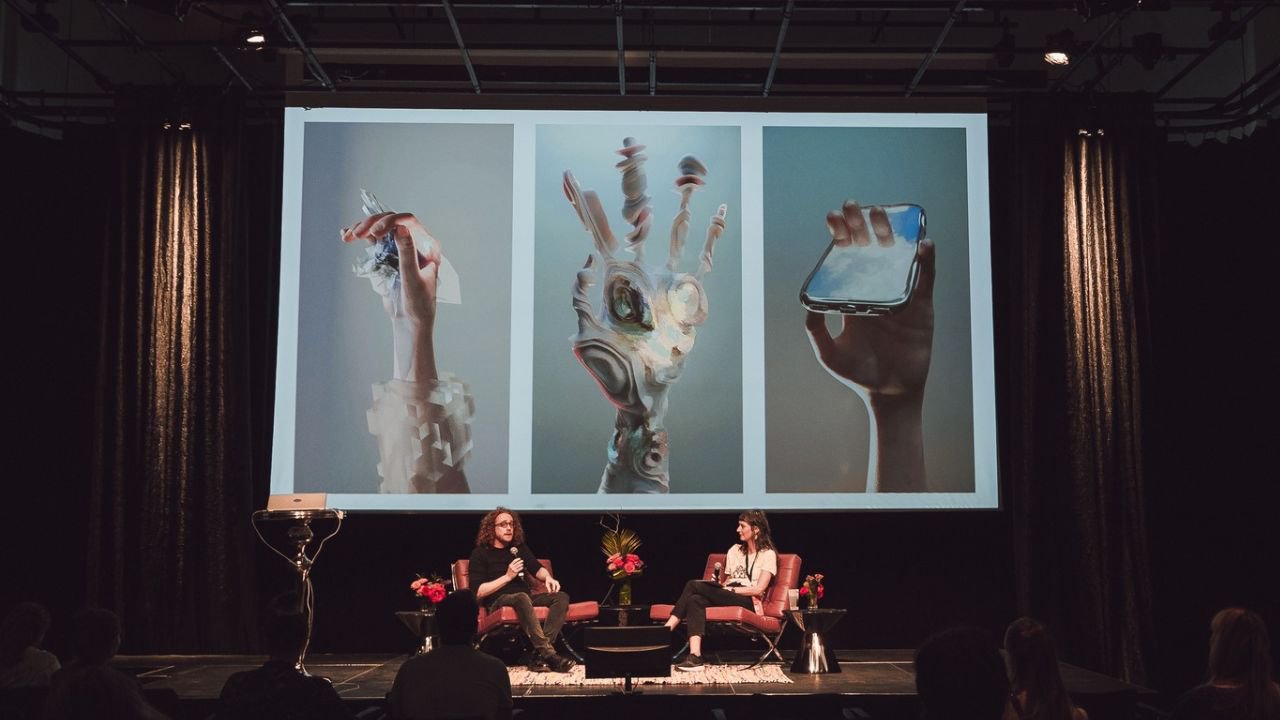 Editorial⎪Coming back from Mutek Montreal Forum 2022

From August 23 to 26, 2022, hundreds of artists and thinkers gathered at UQAM's Cœur des Sciences for the eighth edition of the MUTEK Forum. Once again this year, the Forum offered a series of activities (conference, round table, workshop, master class, networking lunches, etc.) aimed at reflecting on current issues in the field of digital art writ large.

Throughout the event, attendees and speakers mentioned how relieved they were to finally be meeting in person after two years of virtual and hybrid festivals. On the other hand, I could not help but notice that a current theme at this year’s Forum was the ongoing effects of the pandemic and the need to continue adapting to this so-called “new normal.” In what follows, I look back at the exchanges that took place during this four-day event and at some of the more thought-provoking conversations around independent XR.

The Forum’s opening keynote set the tone for the rest of the event. In “Welcome Back IRL,” Jeanne Charlotte Vogt (NODE Forum for Digital Arts) and “Famous New Media Artist” Jeremy Bailey kicked things off with a playful conversation peppered with detours through AR filters created by the artist to offer a ludic and often ironic take on some notable trends in the digital arts scene over these last few years. What if you could mute people in real life just like on Zoom? What if you could use blockchain technology to gauge the value you’re creating by attending an in-person event like MUTEK? It was apparent in this discussion—as in many others that followed —that a bizarre mix of feelings pervades our thinking about digital technology and the arts scene as a whole; a mix of fun and discomfort in the face of the new habits we have developed since 2020.

Uncertainty about our (post-)crisis status could be felt in several panels that dealt with the way artists, museums, and institutions have shifted their operations over these last two years. In the panel "Shapeshifting between Physical and Virtual Worlds in Post-Crisis" Myriam Achard (PHI) questioned the title’s use of "post-" to open the discussion around issues that we continue to struggle with to this day. The moderator also brought up the idea of organizing a panel at the next MUTEK Forum that would touch on issues of accessibility that are created by the continued shift to digital alternatives. For example, if virtual options make it possible to democratize access to resources and collections that were normally reserved for insiders, we must not forget that access to the Internet is not always guaranteed outside large urban centres. It must be said also that there is still work to be done to ensure that we do not (re)produce in a digital context the same inequalities that we encounter in the physical world.

In their conversation “Crafting a market for independent XR,” Sandra Rodriguez (Voulez-Vous / Brigands) and Ingrid Kopp (Electric South) echoed this concern for accessibility in the context of the XR market in particular. Specifically, Kopp described the problems faced by artists on the African continent, namely access to technologies (e.g., virtual reality headsets are difficult to import) and the quality of Internet connections, which is sometimes unsuitable to download large files or to connect to streaming platforms.

As the discussion stemmed from the study Crafting a Market for Independent XR, there was also talk of the fate of XR works at film festivals. Notably, Kopp and Rodriguez noticed that after two years of virtual or hybrid events, the return of the Venice Film Festival to a fully physical edition comes as an ill omen for the future of virtual events. Admittedly, it is difficult to organize a hybrid event that can reproduce all the benefits of an in-person festival. But does this mean we also have to abandon the advantages that come from making your event accessible online?

An example of adapting to the new realities of the distribution of XR works in a (post-)pandemic context came from MUTEK’s own Collection Immersive. As Lola Baraldi (MUTEK) explained during the panel “The New Producers - Digital Art Presenters Crossing Industry Lines,” the electronic art festival is seeking to penetrate new sectors by producing and publishing original immersive creations, rather than simply curating them. Notably, these productions will not follow the film festival premiere model and will instead be published online at launch (Steam, Oculus, etc.). This is a gamble which MUTEK expects will pay dividends in the next few years.

The three productions that are part of the initial cohort of the Immersive Collection are based on audiovisual performances presented at the MUTEK Festival in the past. The artists took these performances and reworked them as virtual reality experiences for Quest 2 headsets. Entanglement (France Jobin & Markus Heckmann), House of Moiré (Chloé Alexandra Thompson & Matthew Edwards), and Immortelle (Line Katcho) each showcase innovative audiovisual arrangements worthy of their MUTEK festival pedigree. For example, Entaglement takes quantum physics as its starting point, seeking to transpose the field’s main tenets into an immersive, even meditative, sensory experience. For its part, House of Moiré invites us to discover “a succession of rooms dressed in optical patterns, audio-visual programming, and minimalist spatial design" (Source). Finally, Immortelle proposes a series of poetic tableaux which I took to be an allegory of the ongoing environmental crisis.

Lola Baraldi explains that when presented with the different platform options, all the artists opted for the greater reach offered by the Quest 2, despite the headset’s many technical limitations. When I asked her if these very niche works would not be better served by being presented in a festival or LBE space, rather than on the Quest, Baraldi reminded me of one of the findings of our Crafting a market for independent XR study, namely that consumers do not only enjoy games; they are curious and ready for more diverse content. This remark echoes the words of Antoine Cayrol (Atlas V, Astrea), who recalls that “today’s gamers are people who love—and have the time—to indulge in leisure, at least more than forty years ago." (Source)

The Immersive Collection will be published online by MUTEK in autumn 2022. As far as I'm concerned, this is one of the most intriguing projects to have been presented at the Forum this year. It is also one of most encouraging omens of the changes that the independent XR market— and the digital arts sector in general—are about to undergo.

Come back next year to learn more about the outcomes of MUTEK’s Immersive Collection. 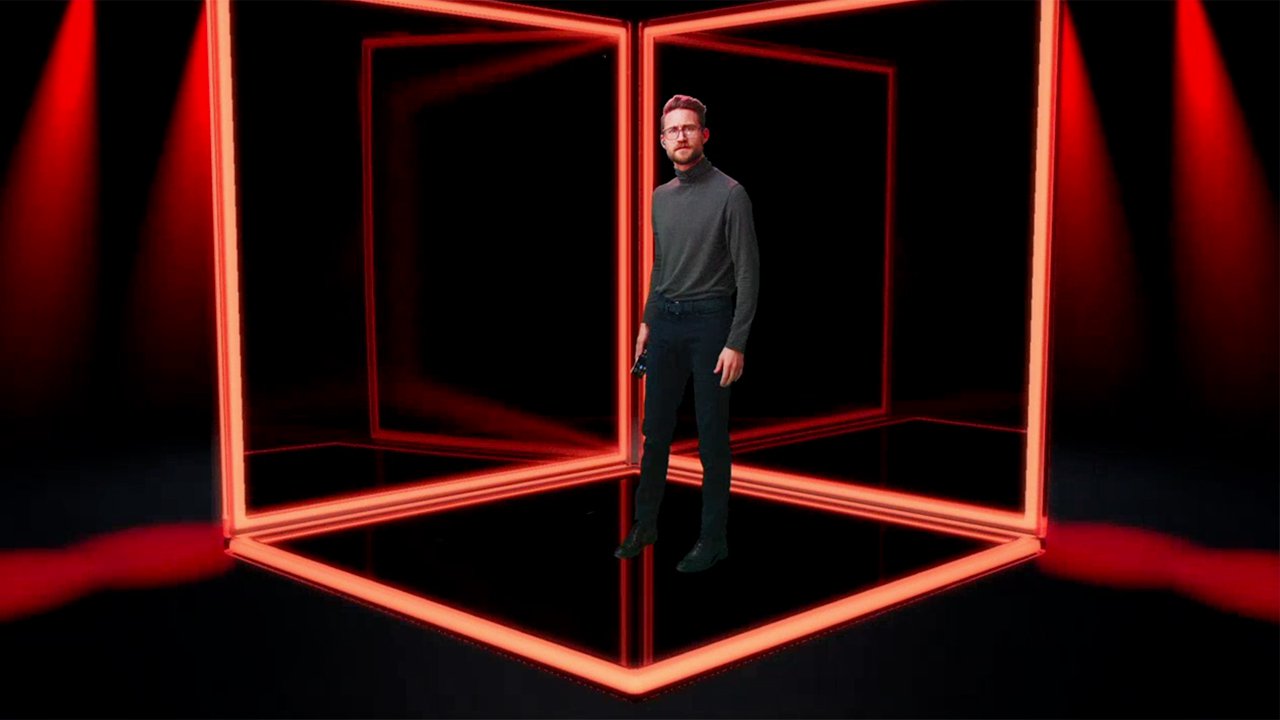 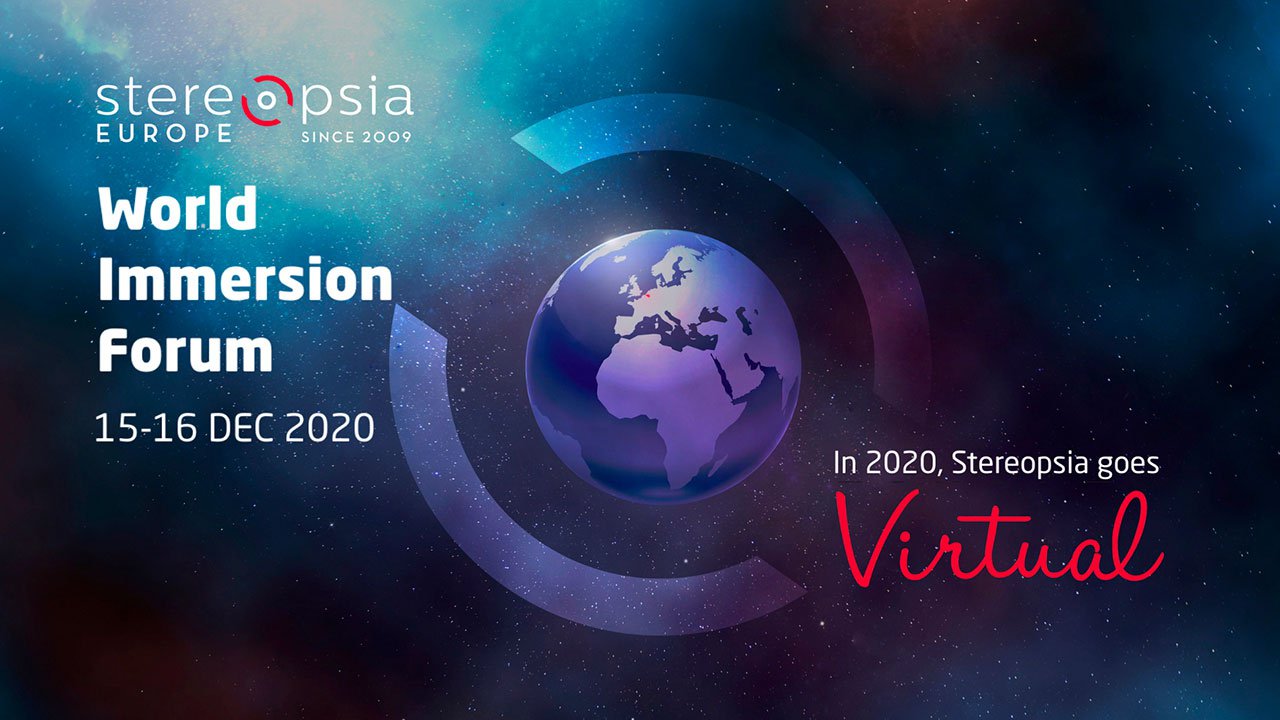