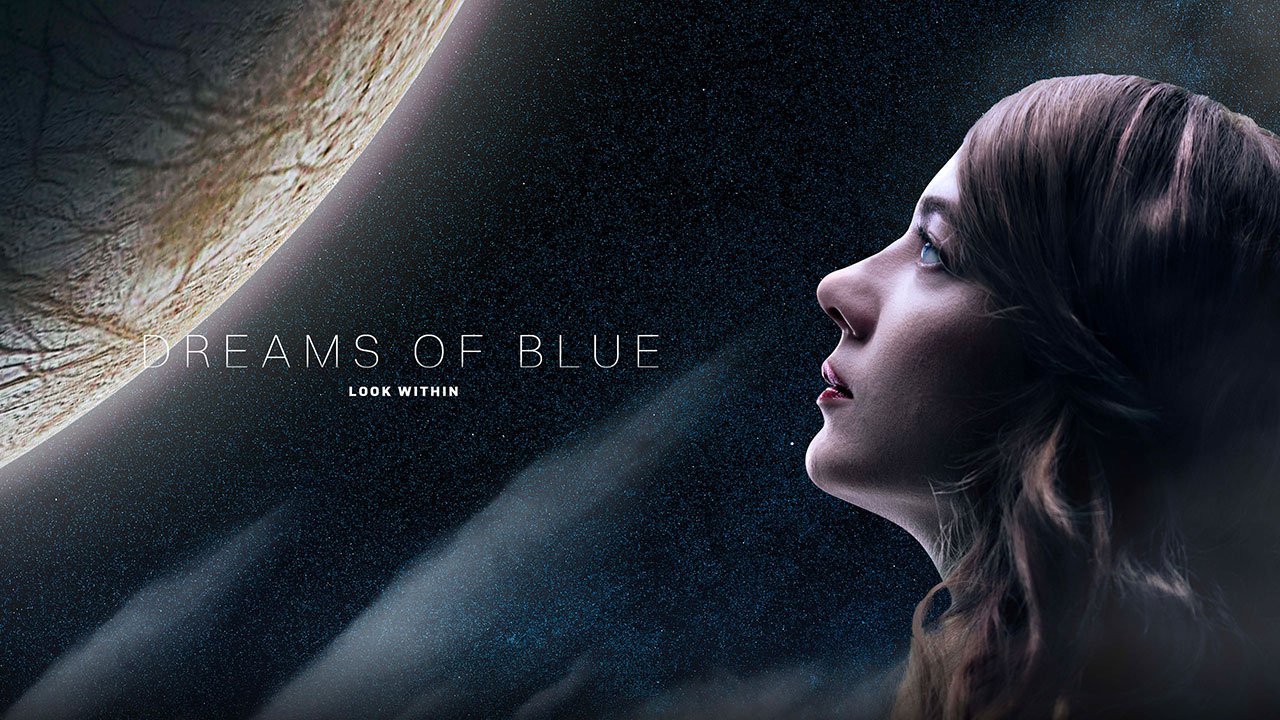 While in the past few years Italy has shown a certain attention to virtual reality for entertainment, it is still a relatively rare occurrence to have VR works directed by Italian artists at international movie festivals. At the 76th Venice Film Festival, the VeniceVR competition did not include any work by Italian directors and in 2018 only two were in the official selection: the interesting (and eye-opening) X-Ray Fashion by Francesco Carrozzini and In the Cave by Ivan Gergolet for the Biennale College Cinema VR.

DREAMS OF BLUE caught my attention from moment one, not only because of the topic it explores – one that is fascinating and significant for the times we are living in – but also because it is a story that really shows how 360 is more than a technology and could become, if properly used, the perfect medium for storytelling.

We talked with Valentina Paggiarin about the company, Hive Division, that is behind the installation and about the origins of this work.

Behind Hive Division and DREAMS OF BLUE

Valentina Paggiarin - In 2015 there was the beginning of this new Virtual Reality wave and we were immediately amazed by the chance of a 360º stereoscopic production. Actually, it was an idea of Giacomo Talamini (a/n Hive Division CEO) to start exploring this field, because it overlapped with the field of videogames, which is one of our passions. Back then, there were no available 360º 3D camera, so Erik Caretta (VFX Supervisor at Hive Division) and Mattia Gri (Hive Division DOP and Camera Operator) built one, that we called “Panoptikon VR”.  We used that camera a lot, and we had the chance to work on several branded contents for a lot of big companies.

V. P. - Immersive videos and Virtual Reality were a wonderful playground for us, because they combine our love for interactive narrative, for VFX, and for technical challenges. Hive Division could accomplish so much in this field thanks to the different skills of our team: from Interactive Narrative to top level VFX, craftmanship, guerrilla production and love for sci-fi, which was quite useful in conceiving a lot of the visuals of our VR productions.

V. P. - The story behind DREAMS OF BLUE is the same story of our other original productions: we want to show what we can do with a certain technology (be it traditional moviemaking, or Virtual Reality).

V. P. - Me and my co-writer Enrico Pasotti decided to write something that exploited the idea of “immersion” better than what we had seen up to then (it was the end of 2016). Since we were going to self-produce and fund the movie, we decided to have a single set and a single actor. And since we are really into robots, cyborgs, and Artificial Intelligences, we decided to speculate on what would happen if a real Singularity was born, from all this experimentation.

V. P. - We didn’t want to give to our AI the usual personality of the AI that will conquer and defeat humans, so we split her personality in several instances and we made them talk with each other and discuss about the “meaning of life”: as you can see, sci-fi is always in our hearts and minds!

V. P. - We worked with Sara Lazzaro, our lead actress, and she helped us shaping the five main personalities. We then worked together with the whole team and everybody gave their contribution at their best: Luca Balboni did an awesome job on the music, Giacomo invented the five “dioramas” behind each personality, Erik did impossible things on the VFX side, Mattia was the DOP and had to light 7 different setup, and still make them consistent with each other… It was quite a challenge, but I believe that it ended well, because we were welcomed in a lot of festivals all around the world and we met a lot of other creators!

VR between videogames and films

V. P. - The “worst” part of an immersive video experience is the fact that you cannot move. Let’s be honest: the awesomeness of Virtual Reality is that you can move in the space around you and explore it. You are inside a videogame and you can truly decide where to go and what to do.

V. P. - With the 360º video, you cannot move around and you are forced to stick to the point of view the director decided for you. But here comes the interesting part! There are tons of ideas, concepts and stories that can be explored starting from this limitation, and to me this is the biggest challenge and the biggest reward when working in VR. Also, my passion for videogames was really useful to me, because I knew how to create an environment and then let the viewers “explore” it by themselves.

V. P. - In the specific case of DREAMS OF BLUE (but I believe, in general, in 360º videos) we must learn from theatre, too, to shape a story and a narrative that is really compelling for the viewers and that allows them to explore the story and explore it again.

V. P. - I am working a lot in teaching, residencies and education right now, because I believe this is a very interesting field for letting the new generations experiment, with a solid cultural background. Also, I will never give up trying to work with the Biennale College VR, because their initiatives are really interesting and open minded (a/n we talked about the Biennale College VR in this interview to Barry Gene Murphy and May Abdalla).

V. P. - I believe that to really become a “consumer” thing, VR needs more users. This process is not up to Italy, but to other countries, which host the big companies that can make a difference in this field.

V. P. - For sure I believe that in Italy we can find original and innovative ways to use this new technology. The future of VR/XR in our country will be that of high-tech research for private companies, I believe, and – hopefully – of cinematic production when the market will be ready to welcome VR streaming services (like Netflix for VR).

V. P. - The challenges that we have to face as a country are the same in all fields: to be capable of attracting funding and money and to develop long-term approaches to the consolidation of a technological field that nowadays still has its difficulties, but also a great potential.

“Dreams of Blue” is an experience directed by Valentina Paggiarin and produced by Hive Division, that explores what might happen inside the “mind” of an AI that becomes both self-aware and self-conscious and that reflects on the meaning of life purely on the basis of what she extrapolates from the Internet. Placing viewers at the center of the AI’s being, the story lets them experience the formation of a consciousness, even if artificial. 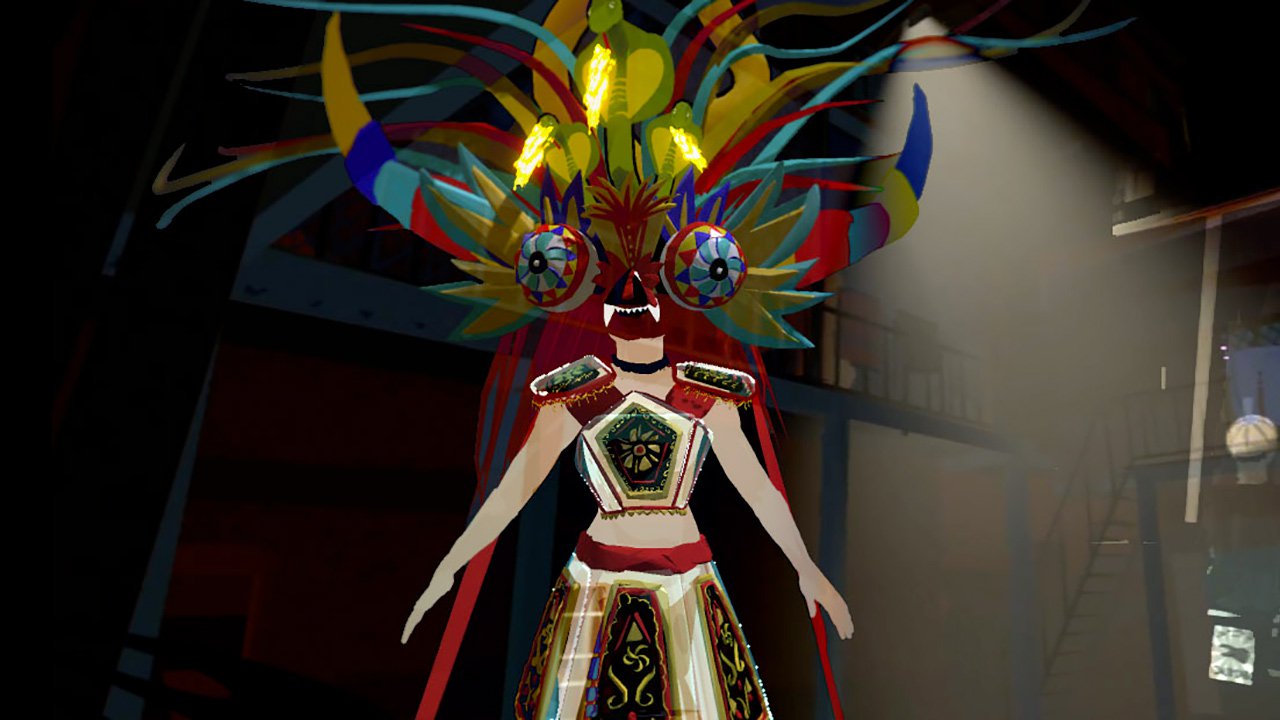 Prison X is an immersive Andean mythological play that, by working on representation, brings the user face-to-face with a different way of building stories and a culturally vibrant experience. 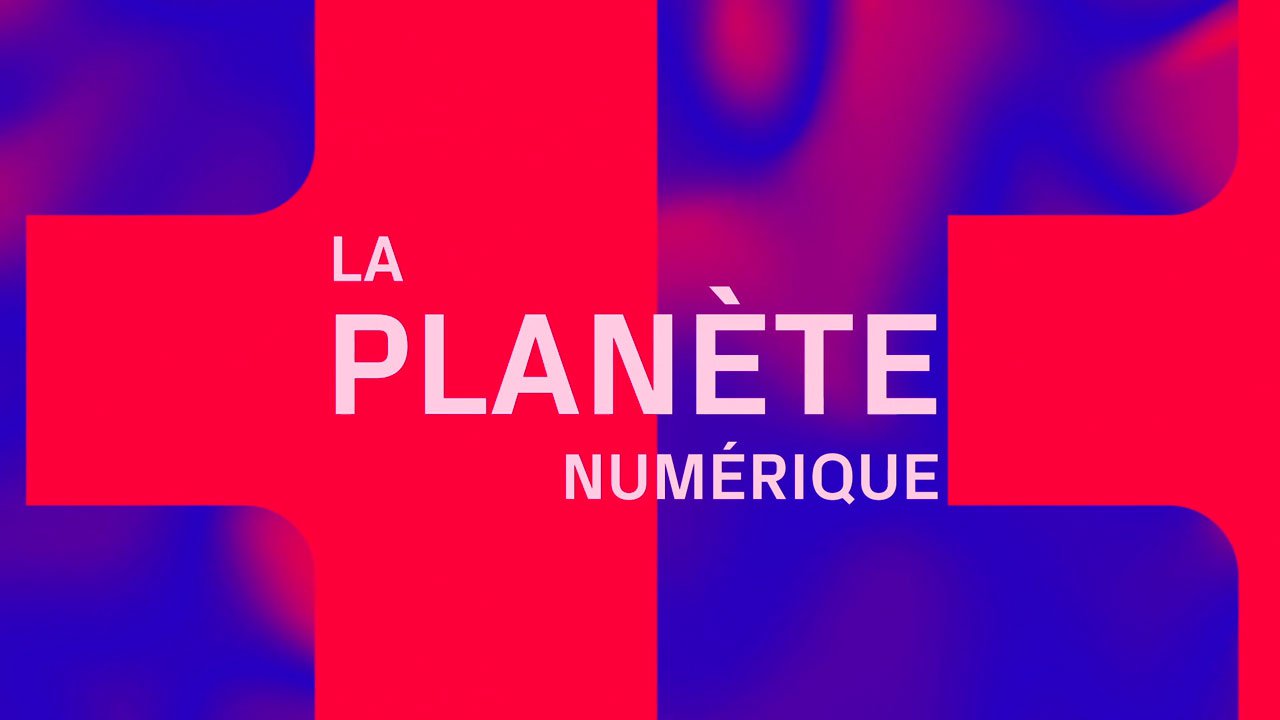 The health and economic crisis that swept through the world this spring forced many events to change their schedule and format.