One of the last European events this year will be the 12th edition of Stereopsia (Europe - the show opening its South American branch in 2021) from December 15 to 16. From these 2 days of conferences and meetings around our immersive medium, we are anticipating (without spoilers!) a conference about immersive content for institutions and heritage. A hot topic that we wanted to discuss with Deborah Papiernik, SVP New Business & Strategic Alliances at Ubisoft.

Ubisoft, which has just released a new installment of Assassin’s Creed (Valhalla, with a few Vikings on the field), has already developed several virtual reality games and LBE experiences. More recently Ubisoft has also put its expertise at the service of cultural projects, in particular during the Pompeii exhibition at the Grand Palais, or by offering a 3D model of Notre-Dame online.

Ubisoft and the new storytelling

Deborah Papiernik - The New Business department was created 5 years ago at Ubisoft, bringing together two initiatives: the VR RABBIDS RIDE attraction with RAVING RABBIDS (link), and an ambition to transform JUST DANCE into a live show. We realized that we could harness our expertise in entertainment to innovate in sectors other than our own, and with partners. For us projects often start during meetings with other companies, at trade fairs and festivals. Our collaboration with Iconem (a French company specializing in the virtualization of historic places) allowed us to offer a unique VR historic experience during the exhibition “Millennial Cities: Virtual Journey from Palmyra to Mosul” at the Institut du Monde Arabe in 2019.

D. P. - My department has its own small development team, so we can move quickly on a project when it interests us. We often use graphic assets from existing games: RAVING RABBIDS, the Notre-Dame model developed for ASSASSIN'S CREED UNITY, etc. We also sometimes use models provided by our partners: 3D models or from photogrammetry, as with Gédéon or Iconem. This way of proceeding allows us to produce quickly, and often with a fairly high level of quality. Our expertise from video games allows us to create immersive experiences adapted to different audiences and which will convey emotion.

From video games to heritage: a true continuation

D. P. - A meeting point between art, entertainment and technology, video games have a transversal place which allows us to “break down the walls” between the various creative and cultural industries. Gamers are already familiar with our worlds and by our proximity with other cultural players, such as museums or documentary broadcasters, today we can make immersive experiences accessible to wider audiences.

D. P. – Games are above all there to entertain, but because of their social component or even their content, some also have a strong educational dimension. At Ubisoft, we have a research team, including several historians, who work with experts to feed the game development teams and allow them to recreate universes or revisit imaginaries - while preserving the interest of the gameplay - leaving sometimes to move away a little from historical reality for the purposes of the game (modification of the geography of a place, of the architecture of a building, etc.). ASSASSIN'S CREED is often described as the gateway to history for millions of players around the world: we make them want to explore history, then they are free to go to more scientific books to find more complete information.

Bring VR to a wider audience through heritage and history

D. P. - With the virtual reality medium, you have to meet the public, especially through physical events and exhibitions. If the first years on the VR market were very (too) optimistic, we remain confident about the potential of virtual reality technologies and we are convinced of the role that LBE can play (Location-Based Entertainment / Experience). The equipment is simplified and becomes more accessible, and places of entertainment or culture are still a good way to discover these technologies before equipping yourself at home. NOTRE-DAME VR is already available free of charge on the VR stores and will soon be made available to visitors to the Archaeological Crypt of Ile de la Cité (Paris, France), at the very foot of the cathedral (as soon as sanitary conditions allow).

These demos will be held within the framework of the exhibition “Notre-Dame de Paris: de Victor Hugo to Eugène Viollet-Le-Duc”, a strong temporal link with our representation of the building with its spire and its gargoyles - an anachronistic choice assumed representation of the monument in the game ASSASSIN'S CREED UNITY whose action takes place during the French Revolution.

D. P. - We have also developed a VR experience around the worlds of Méliès for the new Cinémathèque Française museum in Paris, which is due to open in early 2021. Founding father of cinema and special effects, Georges Méliès would probably not have hesitated to explore VR if he lived in our time!

Favor the consistency of the public: LBE or stores?

D. P. - Many of our experiences are available on stores, but some have more of a location-based place. For VR escape games (in ASSASSIN'S CREED or PRINCE OF PERSIA universes) you need 4 players with high-end VR gear and a solid connection to play at home. As the VR market does not seem quite ready to us, we have favored a location-based experience, in partnership with VR Arcades or traditional escape rooms, with VR being able to complete their offer.

D. P. - Apart from the NOTRE-DAME VR experience that we spontaneously produced after the fire, we favor projects developed jointly with partners or spaces. Today we are supporting Little Big Story and France Télévisions on the formidable transmedia project LADY SAPIENS: a documentary for television broadcast channel France 5's Science Grand Format on the role of women in prehistory illustrated by sequences filmed in the video game FAR CRY PRIMAL, a small animal film for the Paleosite of Saint-Césaire (Charente-Maritime) entirely shot in the game engine, and a VR experience also drawing on the assets of the game. Beyond technology and expertise, we offer contents; our material is rich and opens up many possibilities beyond video games! 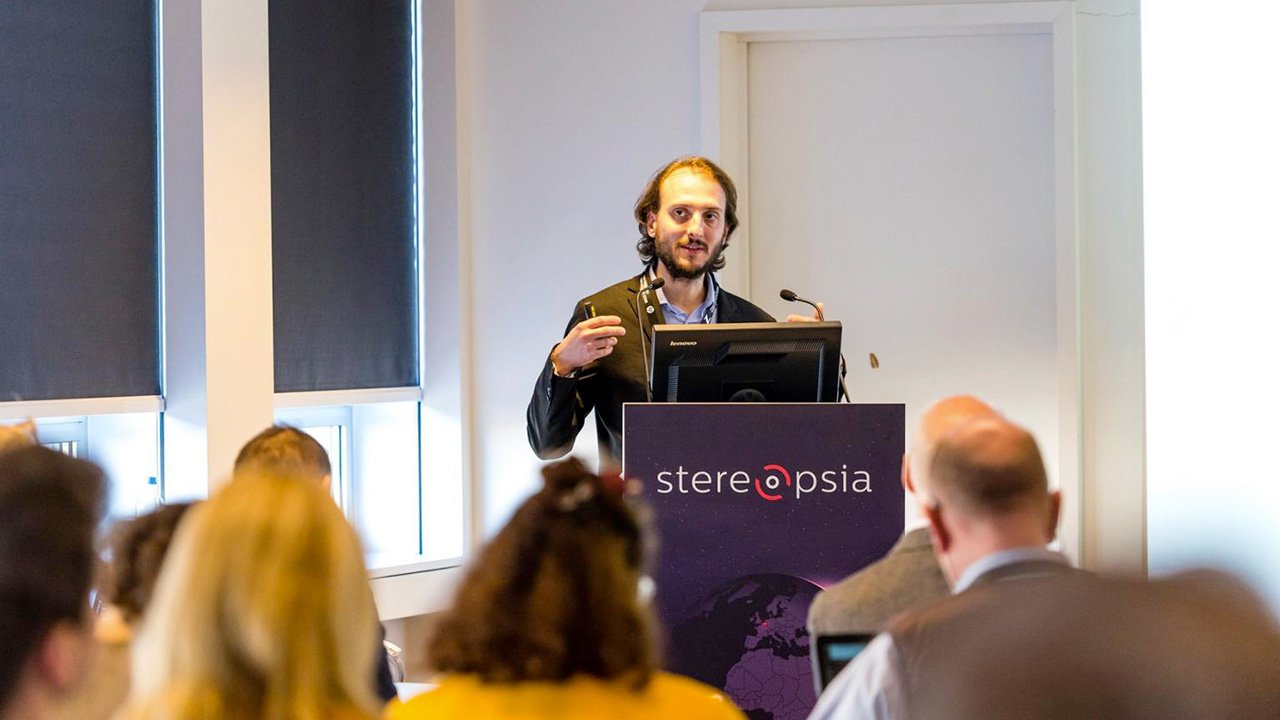 "I think the XR industry is on the right track now" - Antony Vitillo (SkarredGhost.com)

Antony Vitillo is mostly known in the XR community as @SkarredGhost, a Torino-based influencer and developer who just celebrated 5 years of blogging on immersive topics. And this year, he joined Loui… 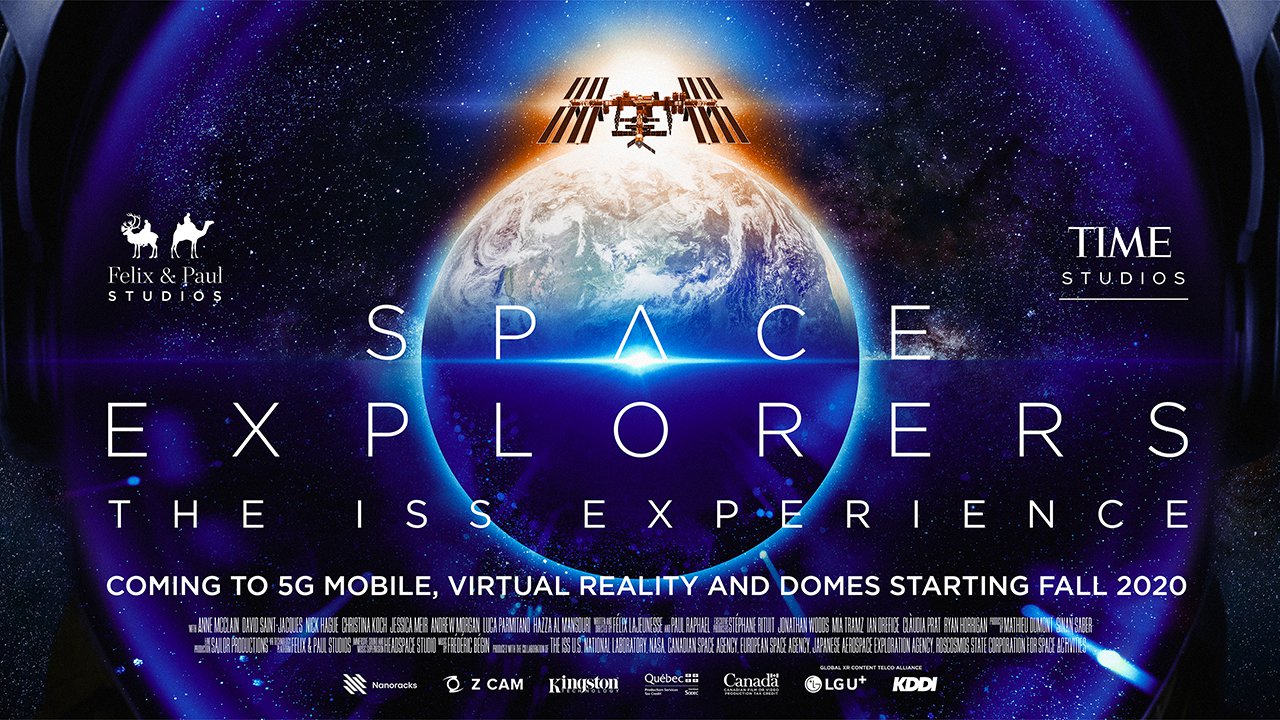