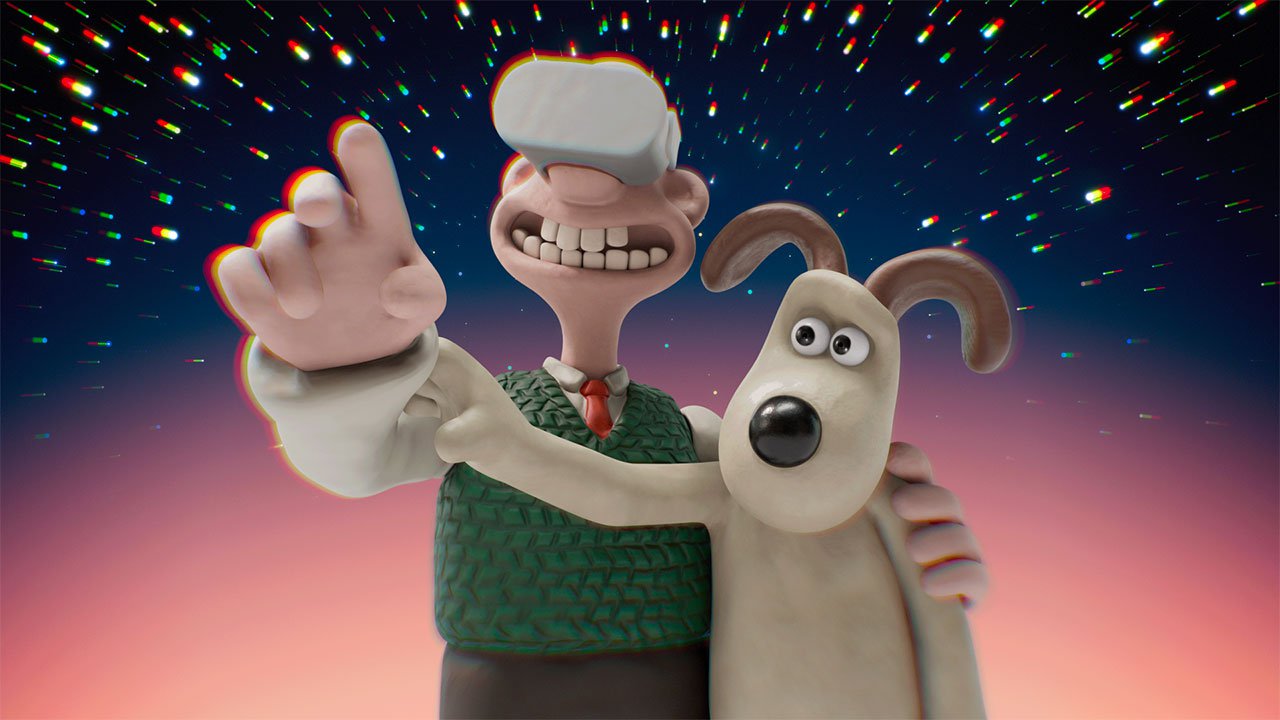 WIP Annecy 2022 / A look at WALLACE & GROMIT: THE GRAND GETAWAY with Aardman, Atlas V, No Ghost

This year XR@Annecy offered 3 work-in-progress sessions on XR experiences currently in production. Headliners were the protagonists of one of the projects presented: Wallace & Gromit! The talents present on stage did not fail either, since in addition to the director Finbar Hawkins (creative director at aardman) we found Arnaud Colinart (Atlas V), then Lawrence Bennett and Joana Malagueira from the No Ghost studio (MADRID NOIR), at work on this VR episode of the two British animated troublemakers. Unveiling WALLACE & GROMIT: THE GRAND GETAWAY.

Aardman: between traditional animation and XR

Finbar Hawkins (Aardman) - There are obviously different techniques, production methods, and ways of creating depending on the format we approach. There are also some common points. Some of our teams of animators, for example. And each story is built around our characters! CGI, stop-motion, VR... We have to think about the movements, the attitudes, the rules that Wallace and Gromit bring with them. Gromit, for example, stands upright, or has deliberately exaggerated character traits. With Wallace, they share the same range of emotions. All of this was originally created in stop-motion of course, and here we had to translate it for a virtual reality project, for an exercise we had to approach with other tools.

Arnaud Colinart (Atlas V) - At Atlas V our main objective is to open the doors of immersive creation as widely as possible, to attract spectators. This is why we have surrounded ourselves with renowned talents since our first projects: Jessica Chastain, Patti Smith, Millie Bobby Brown on SPHERES, Terrence Malick or Jonny Greenwood on EVOLVER, Rosario Dawson on BATTLESCAR... The next step is to develop already existing universes, characters known by the general public (IPs). Among those that interested us, that we have always known, there was Wallace & Gromit. It's a franchise that speaks to all ages today, and internationally. It turned out that Aardman already had a department dedicated to interactive creation. Meeting them was therefore easy, and the project quickly became a reality because we also had a partner in the UK, the creative studio No Ghost, with whom we had previously produced MADRID NOIR.

F. H. - Each project starts with a script. The Aardman team of writers, led by Nick (Park), writes and rewrites the story within the studio. I participated as the project's director, in order to feed the story with adventures and ideas. This is something I had already done on THE BIG FIX UP, our previous experiment in augmented reality with Wallace and Gromit (to be released in 2021). It allows the whole team to understand every detail of a story including these characters, their past and their attitudes. From there, we go back and forth between writing and producing a pre-release version of the project (gray box testing) to better understand where we are going.

We learned a lot from MADRID NOIR, which allows us to move forward on more ambitious projects like THE GRAND GETAWAY. Of course, Wallace and Gromit are characters that are very much a part of British culture and are icons in the UK! At No Ghost, we are working hard to maintain the quality of the project until the end. We hope to provide the audience with a rewarding and exciting experience. Working with Aardman is exciting, seeing how they develop this universe with respect.
- Lawrence Bennett - No Ghost

F. H. - We always start by scanning our clay characters with the help of stop motion animators, out of respect for the original creation. This is essential to respect the spirit of Wallace & Gromit, their physiognomy. It's a great basis for work, which gives a real soul to the project. The facial expressions were then generated in 3D, as was the virtual animation in Unity. All this under the control of Nick and the Aardman team of course!

F. H. - Our previous AR experience, THE BIG FIX UP, was a real R&D laboratory for Aardman, partly funded by the British government. Covid disrupted the production: it was an AR project intended for use in public places. We had to adapt it for more domestic use. This allowed us to produce many aspects, and to scan the clay characters and animate them, as we do on THE GRAND GETAWAY. We learned a lot!

L. B. - With this VR piece, we are trying to set up a story of about 1 hour that should be able to speak to all audiences now used to virtual reality: gamers and non-gamers. There will obviously be moments of saving, of pause. Because we have to go beyond short films in virtual reality, and go towards the type of content that the platforms welcome. Even board games can offer hours of experience without it being annoying today. XR content will naturally get longer, to better engage viewers. This is the next step in the maturity of the immersive content market. Even if we are exploring unknown territories every time!

A VR comedy focused on Wallace and Gromit (as always)

F. H. - One of the main points of THE GRAND GETAWAY is that it is a narrative and interactive experience. But it's not a video game. We're talking to a connected audience, but they're not hardcore gamers. Is it fun enough, original enough, engaging enough? We're continually working with No Ghost and Atlas V on the type of interactions we can use, the story we create that has to respect both the characters and the medium when you're taking on a VR headset.

A. C. - The only landmark comedy in virtual reality is MIYUBI by Felix & Paul Studios and Funny or Die. But it's from 2017, and it's a 360 video that remains limited in its exploration of the medium. THE GRAND GETAWAY is an interactive 6DOF project that fits into today's possibilities. It is a genre that interests me particularly, provided that I have the right universe to explore. Comedy is already a complex genre "flat", and requires adaptations according to the countries. Few films or comedy series work internationally. With Wallace & Gromit, it works for everyone.

F. H. - Comedy is not a genre that is exploited enough in virtual reality. This is one of the ambitions behind the project: to be able to transpose this type of universe, characters and gags into an immersive context. There will be nods to previous Wallace & Gromit films, which are essential reference points for the public. From then on, we will have as many clumsiness of the heroes as visual gags in the philosophy of the franchise. Not to mention the music! We can envisage some ridiculous or doomed actions that can only work in a Wallace and Gromit universe. And it will be highly entertaining.

A. C. - We go through the fundamentals of the franchise: the relationship between the two characters, the absurdity, the cartoonish gags, the inventions... But we also work on the interactions in this context. Our experience as an interactive producer encourages us to think about the user's viewing time (user test, POV) and the storytelling mechanics in case of failure (fall back). These are UX points in the experience, and then we have to integrate the story and the dialogues…

L. B. - Producing a 6DOF work that focuses more on comedy means thinking about the audience's place in the story. It's a conversation between the story and the audience, where the audience has to initiate the gag on their own. I think it's that immersion that works in this particular genre.

F. H. - At Aardman, we have long wanted to adapt one of our stories for virtual reality. The right conditions are in place. Quest headsets have changed everything, PSVR has been adopted... A market exists, an audience exists. Content is now essential to drive all this forward, and we can try to offer something original. Also, creative teams are now trained to produce interactive works - and these can move much faster than a stop motion feature! 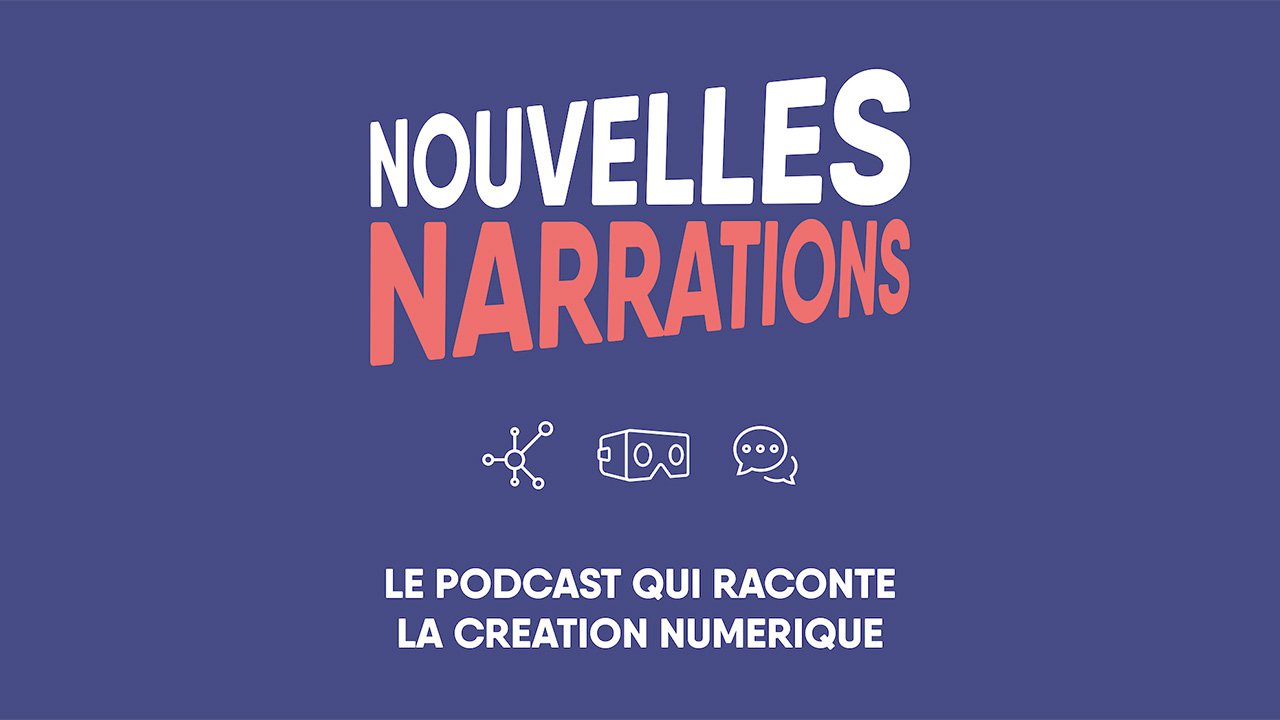 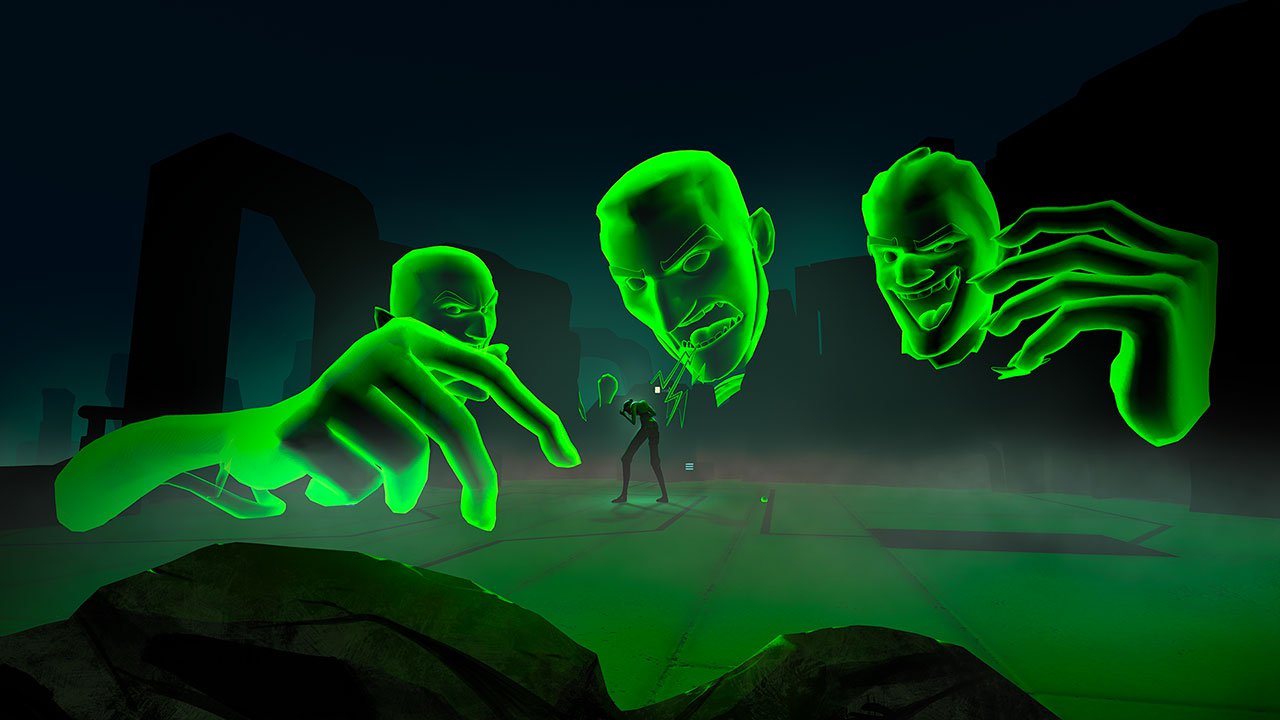 Presented at Tribeca Immersive 2022, IAGO: The Green Eyed Monster is a prequel to Shakespeare's Othello that uses music and AR to turn the tables and offer a different perspective on the main antagon… 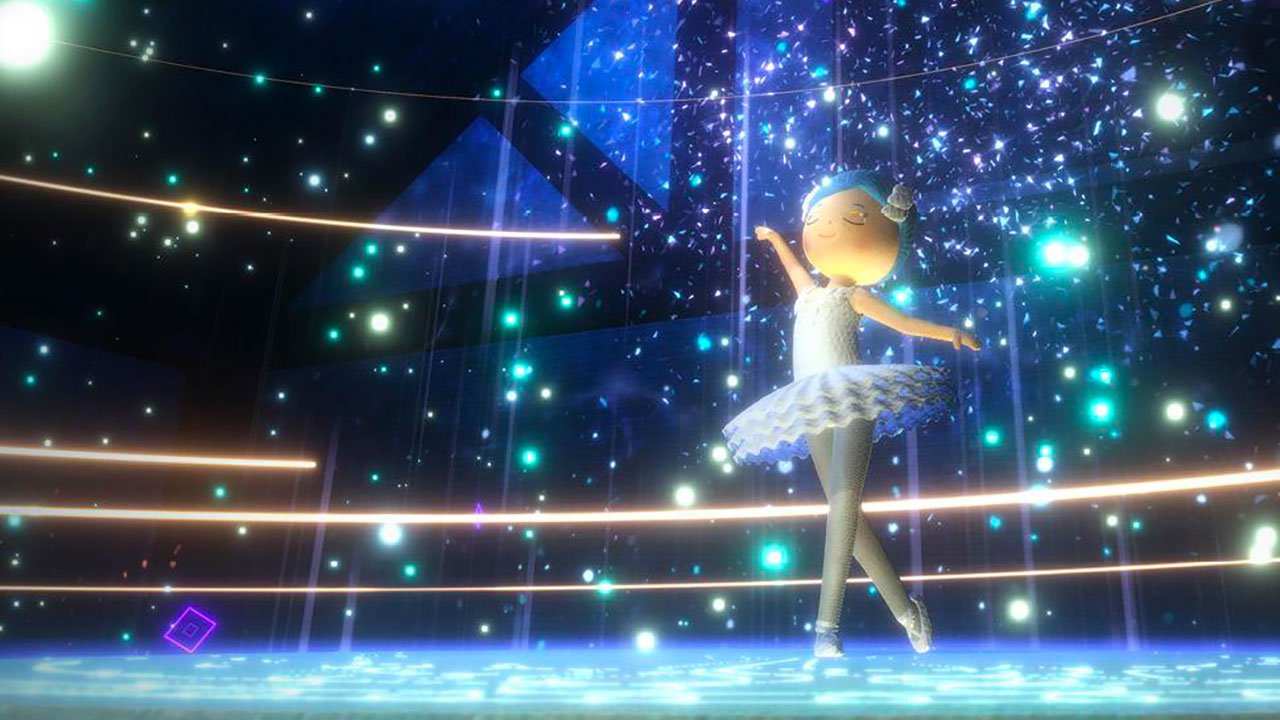 Cinemaleap is one of the most active XR companies in Japan. As a content producer (FEATHER, BEAT, Clap...), organiser of the Beyond The Frame festival and content distributor, it plays a leading role…